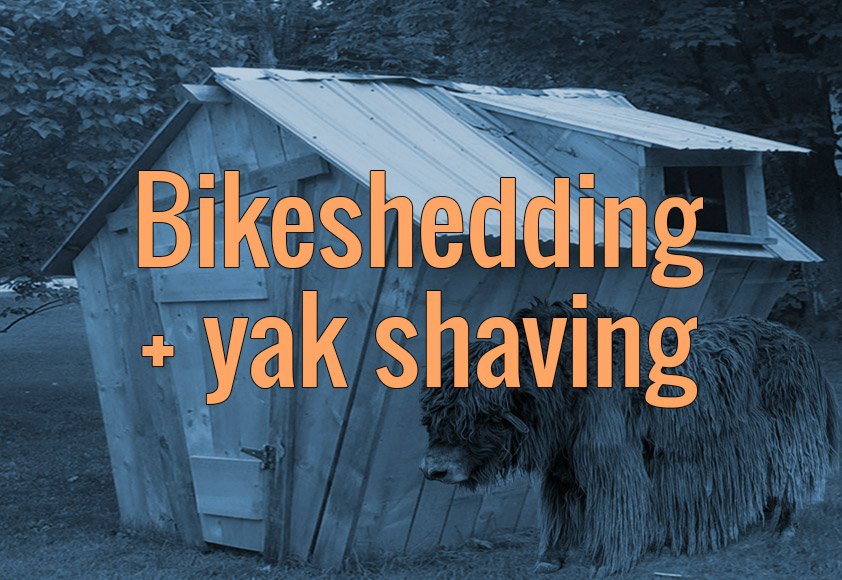 Imagine a software company that makes a sophisticated and complex product. Presumably, it has a marketing department and an engineering department.  Now imagine the employees of each department giving each other specific advice on how to perform their jobs. Having trouble imagining that one? Yup, us too.

However, when a company decides to name (or rename) itself, dynamics can change quickly. Seemingly everybody, from the CEO to the security guard’s second cousin, wants to weigh-in, haggle, argue, condemn, and second-guess the company naming process and proposed names.

Why does naming bring SO many uninvited opinions?

There’s actually a term for this phenomena: bikeshedding. It comes from the wonderfully named Parkinson’s Law of Triviality:

People want to “set their fingerprint”

In Zinzin’s imagined example above, programming software is like building a nuclear reactor. And naming the company is merely seen as building a bike shed. Everyone can understand it, so everyone has an opinion.

In Denmark we call it “setting your fingerprint.” It is about personal pride and prestige, it is about being able to point somewhere and say “There! *I* did that.” It is a strong trait in politicians, but present in most people given the chance.  Just think about footsteps in wet cement.

Of course, the problem is that naming a company isn’t as simple as designing a bike shed. This is true even if many people not directly involved in the process assume that it is. What they want is to “set their fingerprints” on the process. Therefore, it’s vitally important to keep naming committees as small as possible in order to stay focused on the task at hand. Otherwise, the naming committee could be distracted by hours of time-consuming yak shaving. 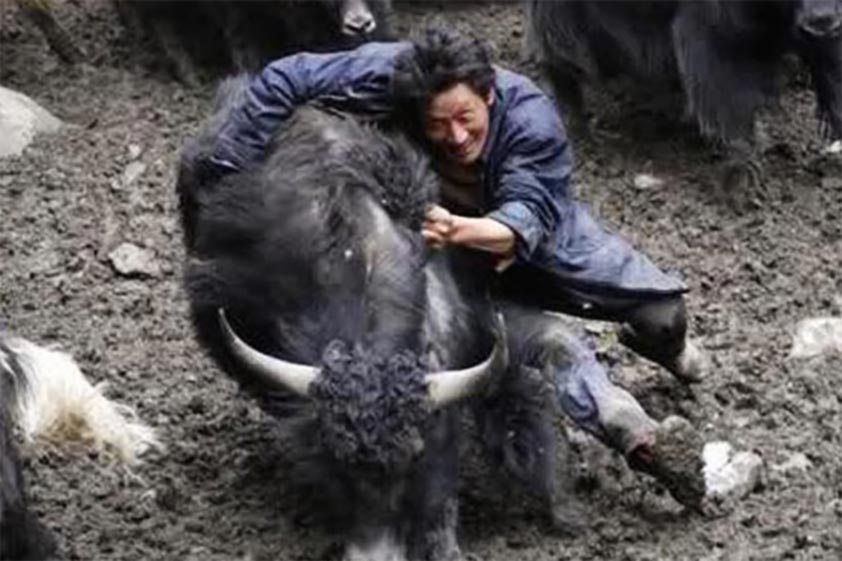 Yes, yak shaving. It’s an idiomatic expression meaning, “The actually useless activity you do that appears important when you are consciously or unconsciously procrastinating about a larger problem.” Also known by the variant, “to forget, when up to one’s neck in alligators, that the mission is to drain the swamp.”

The etymology of yak shaving is uncertain. “The term is already used in the 1950 Billy Wilder film Sunset Boulevard by the main character Joe Gillis to describe people at a new year’s party he was going to attend by saying, ‘A bunch of kids that didn’t give a hoop just as long as they had a yak to shave.'”

Those must have been some bored kids. “More modern use of the term came up in a 1991 Ren & Stimpy cartoon citing ‘Yak Shaving Day,’ a Christmas-like Holiday where participants hang diapers instead of stockings, stuff rubber boots with cole slaw, and watch for the shaven yak to float by in his canoe.” (We think this is exactly what most engineers imagine marketing departments spend their time doing!)

So, what’s our point?

Learn to differentiate between the harmful flavor of yak shaving, noted above, and the helpful variety: “Any apparently useless activity which, by allowing you to overcome intermediate difficulties, allows you to solve a larger problem: I was doing a bit of yak shaving this morning, and it looks like it might have paid off.”

Or, I was doing a bit of yak shaving this morning, and it paid off with a new blog post. But now I have to get back to the difficult task at hand: designing nuclear-powered bike sheds.