PROJECT: Name a company and its technology infrastructure that’s revolutionizing how B2B SaaS solves data security and privacy requirements for its clients.

ANTIMATTER: A form of matter that is identical to ordinary matter except that it is composed of antielectrons (positrons), antiprotons, and antineutrons. It is believed to exist in the farthest reaches of the universe and is rare on Earth.

BRAND POSITIONING: This stealth mode startup needed a name as groundbreaking and, frankly, as cool as its work. Backed by leading investors, the founders hired Zinzin to name the company and its infrastructure service for B2B SaaS that’s designed to fundamentally change the face of data security worldwide. In other words, they want companies and people to have control over their own data no matter where it is.

To solve the challenge of B2B SaaS and its developers to meet growing customer demand for data privacy, the company offers a comprehensive solution that seamlessly “slides” into existing infrastructure or code. It not only saves time and money, but also provides customers with provable guarantees of data security and privacy.

The name Zinzin created, Antimatter, connotes the future-forward, creative, and complex elegance of game-changing technology, science, and design. With this new “invisible layer” of data security that “slides” into place, Antimatter transparently encrypts customer data. Even though we can’t see it, Antimatter exists; the proof is in our universe of smarter technology. 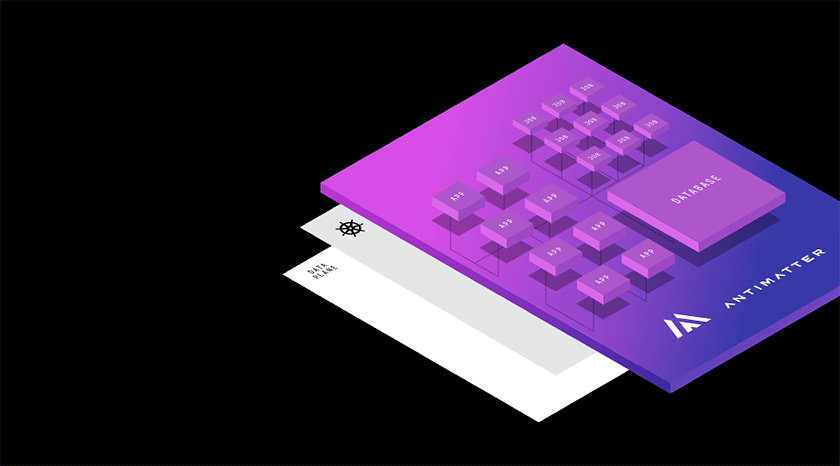 “Until recently, this was impossible. But with our six years of applied cryptography and distributed authorization research, and new secure enclave technology becoming widely available in the cloud, we can now give enterprise customers provable control over their data in cloud applications.
‍
“Antimatter is a drop-in Kubernetes sidecar that slides in under unmodified Kubernetes containers. Using secure enclaves, available on all major clouds, it transparently encrypts all customer data — in transit, at rest, and during execution — even if the app or servers are compromised.”

“We were really pleased with the name, and there were a lot of other great options on the shortlist. I don’t think we would have been able to come up with such a great choice without Zinzin’s expertise and experience. They were able to reframe how we were thinking, which was helpful, as we come from a more technical background.”
—Co-Founder, Data Security Company (Antimatter)

BONUS: For more about our work on this project, see: Tech Company Naming: Get your SaaS in gear