This sweater is named Mischa. That one is called Joan. 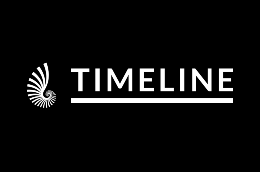 My eyeglasses are called Percey. The rounded, tortoiseshell frames sit below my eyebrows. Warby Parker calls them bookish, modern classics — an “old stalwart.”

In fact, Warby Parker is all about being old. That whole hipster movement with speakeasies and reclaimed wood? Warby made bank off that trend. They named the company by combining two Jack Kerouac characters, and continue to sell 1920s-1940s charm by naming designs after literary and cultural figures. You can wear Roosevelt on your face, or Beckett, or Daisy.

Percey reminds me of a snobby British publishing heir who will never make his or her own living. Also, it’s the name of Governor Ratcliffe’s spoiled dog in Pocahontas, which is basically the same thing.

I just needed eyeglasses, and these looked cute. But apparently I got a persona along with it. Even if he is a brat.

So, when did fashion become personified? Since when do you need to “relate” to your scarf or lipstick on a personal level, to bring you joy? When did Marie Kondo get into the naming business? (JK, but seriously she should look into it.)

At the advent of mass commercialization, businesses defined themselves around their local or family identity. It was a natural move. If Sam Goodwin was a butcher in Brooklyn, he opened Goodwin’s Deli. If another Sam Goodwin was a tailor in Chicago, he opened Goodwin’s Alterations. No big deal, says Rose Linke, director of client services at San Francisco naming firm A Hundred Monkeys. “You served a local population. There was almost zero chance branding overlap would matter from city to city.”

But as mass manufacturing expanded in the early 20th century, variety of goods multiplied. And with advances in mass media, national marketing became possible. Both Sam Goodwins then had access to huge audiences but still shared the same name.

So business owners began to brand themselves. French designer Charles Frederick Worth was the first to sew his name into garments, launching the eponymous label trend which still thrives today in brands like Oscar de la Renta and Vera Wang. Chanel was the first designer to name a fragrance after herself. Their brands were fashioned after persons. It was organic, a natural association for shoppers who wished to emulate their specific aesthetic.

In 1926, Coco Chanel revealed a design that would change history. The little black dress became so popular the media needed a way to reference it. Vogue coined the dress “the Ford,” because Henry Ford’s Model T — which only came in black — was also incredibly popular at the time.

Suddenly people were buying ideas, personas based on iconography. People wanted a story with their purchase. Customers want to be near a person, or like a person — and names were the clearest place to share that identity. Marketers followed suit.

Midcentury Madison Avenue advertising agencies invested millions into constructing human proxies for an idealized middle class, mostly white lifestyle. There were “Samanthas” selling dresses, “Kathys” hawking detergent, “Amys” touting douches, and “Mrs. Walter Russels” cooking with vegetable oil. Models in advertisements were everywoman mannequins. Many had cleverly crafted names, narratives, and thought bubbles. A customer could be a Samantha or an Amy if she bought the right product.

Shoppers were connecting with products on a personal level, but soon the artificiality of constructed marketing personas got out of control.

By the early 1990s, shops like Delia’s were naming every item in their catalog after individual women. One blouse might be called Karen and the next Jessica. At Steve Madden a pair of strappy sandals named Tierney sits beside silver mules named Zada; Guess sells dresses called Shannon and Rosy; teen Insta-sensation shop Brandy Melville circles back to old-fashioned names like Gretchen and Merrel.

Practically, there aren’t many ways to diversify a portfolio of products, says Linke. Names offer a virtually unlimited way to do so.

“The idea behind giving the product a first name is to tie it to an iconic style and mood the name evokes,” offers Daryl Kerrigan, fashion designer behind the Daryl K label.

You’ll notice it’s often brands that serve teen girls. By purchasing clothes named after other girls, young women are able to symbolically collect friends at a formative age when friendships mean everything. And the “cooler” the name, the cooler the friend.

There are a number of different reasons some names seem hip and others don’t. Sometimes it’s simply cultural consensus. For instance, Poindexter was longtime slang for a socially inept geek, derived from a character in Felix the Cat. Other times, it’s psychological. Girls with feminine names like Elizabeth are less likely to study science. One study showed that female lawyers with more masculine names, like Barney or Leslie, were more likely to win judgeships. According to a LinkedIn study the most common names for CEOs were Deborah, Cynthia, and Carolyn. And white-sounding names like Sarah Baker are 50% more likely to get interview callbacks than African-American-sounding names, like Lakisha Washington.

Words and names are incredibly loaded, especially in marketing. A consumer is constantly being asked to invoke personal feelings and forge subjective relationships with products.

Says Jay Jurisich, CEO and founder of Zinzin, a naming and branding agency, “The brand becomes first a character, which makes it more memorable, but then, ultimately, if successful, it becomes a trusted friend.”

But Jurisich points out, “Like with any other naming convention, if everybody starts doing it [marketing will] start to resemble a high school yearbook. They will all begin to vanish again into the crowd they are trying to stand out from.”

Personally, I don’t trust Percey. But Warby Parker has gotten me to think about Percey’s identity. The trick is careful curation. Rather than flooding a catalog with random “cool girl names,” Warby Parker keeps inventory relatively small, and the names of its glasses always nod to a dusty, vaguely learned past — Milton, Aldous, Upton.

Fine, but Percey will never be my BFF. He’s a little brat.