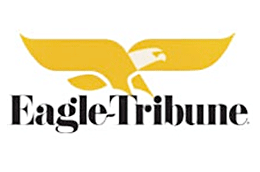 Would a Viagra pill by any other name still rake in $1.7 billion a year? Maybe. But drug companies these days aren’t taking the chance.

In the past 10 years, inventing names for drugs has become big business. Gone are the days when the company’s employees could submit their favorite name ideas to executives who would choose arbitrarily among them. Today drug companies hire branding consultants two or three years before their drug hits the market to craft a powerful, unique name that will appeal to doctors and patients.

Drug companies now market their products directly to patients, so they are looking for names that will rise above the daily clamor of advertising and stick in a patient’s mind until they have a chance to ask their doctor about it. It also takes expertise to create any original name, catchy or not, now that there are tens of thousands of drugs with trademarked names in use and in the process of approval right now.

The well-selected name Viagra packs a punch because it evokes images so appropriate for an erectile dysfunction drug, said Jay Jurisich, creative director of a naming and branding company in San Francisco called Igor [now Founder / Creative Director of Zinzin]. The prefix “vi-” connotes vigor and vitality, while the name Viagra rhymes with Niagara, conjuring images of the power and fury of Niagara Falls.

“They really hit the home run on that name,” Jurisich said. “It’s got poetry.”

A competitor to Pfizer’s Viagra just won FDA approval two weeks ago. Naming that drug in a way that would stand up to Viagra involved the same vigorous process that is typical of drug companies today. After nearly three years of study and research, they settled on the name “Levitra.”

A local doctor, urologist Erol Onel of Andover, was one of about 200 doctors and pharmacists nationwide who participated in the marketing research for Levitra.

Onel, who was practicing medicine in Boston at the time, was invited to an office on Boylston Street about eight months ago to sit in a room with a mirrored wall for about 45 minutes and answer questions about the drug, which at the time was tentatively called Nuviva.

When the interviewers asked him what associations the word Nuviva would evoke in his patients, he told them the truth.

“I said it sounds terrible,” Onel said. “I think it sounds like a hand cream.”

Nuviva, Levitra and all the other candidates had been generated at least a year earlier by the creative team at the Brand Institute, a corporation which has created names and brands for such various clients as Frito Lay, Kodak and Starbucks.

The list of potential names was reviewed by the marketing team and then hashed out again by the creative team. The names that survived that process were submitted to a search of all the registered brand names in the world to check for trademark infringement. That search typically takes more than a year and about 40 percent of candidate names are typically eliminated at this step, said Robert Recobs, managing director of the Brand Institute in New York City.

Those that survived the trademark search, including Levitra, went on to marketing research. The researchers tested not only doctor reactions to various names, but also the potential that the name could be mistaken for another drug.

In the market research sessions, interviewers asked doctors to write down the drug names and the instructions for taking the drug, as if they were writing a prescription for a patient. The researchers then studied the doctors’ handwriting samples, particularly the sloppy ones, to check for resemblances to other drug names. They looked at the names with extra loops at the end and what the names would resemble if, say, all the letters were illegible except the first and the last.

They also listened to how doctors with various regional accents pronounced or mispronounced the names, to see if any of them might be confused with other drugs during a telephone call to the pharmacy.

At the same time, the naming company did a detailed computer analysis of the potential names. Computers broke down the drug names by syllables, by structure and by strings of letters, and compared them mathematically to other drug names to search for similarities.

“We turn it every which way but loose,” Recobs said.

All these tests and analyses took time and cost money. Recobs estimated the entire process of naming a drug costs a pharmaceutical company about $250,000.

Considering the process of inventing the drug itself, from discovery to FDA approval, costs roughly $800 million, a mere $250,000 is not much for a drug company to spend on a name, Recobs said.

It is only in the past 10 years that drug companies have turned to naming consultants for drug names, Recobs said, and it has intensified in the past five years with the increase in direct-to-consumer advertising.

“It’s been a very interesting change in the whole industry,” he said.

In the end, drug makers Bayer Pharmaceuticals and GlaxoSmithKline sent several names, including Nuviva and Levitra, to the U.S. Food and Drug Administration for approval. It was the FDA that made the final decision, and they chose Levitra.

So, after all that work, how do outsiders rate the name Levitra?

At the very least, Levitra is a better name than Nuviva, Onel said.

The FDA prohibits drug names that relate to the drug’s purported function. They do this because they want to avoid a name that makes claims about the drug’s efficacy. For example, they wouldn’t allow “SavesYourLife” heart pills or “OncoCure” cancer medicine, because those names make advertising claims that may not be supported with fact.

“You want to make sure a name isn’t exaggerative, nor do you want it to imply that it is indicated for something beyond what the label would say,” Recobs said.

Levitra, the FDA decided, is an acceptable name and it doesn’t make any advertising claims.

“The name is not supposed to mean anything,” said Lara Crissey, spokeswoman for Bayer Pharmaceuticals. “It’s just supposed to be a recognizable name.”

With all this effort going into naming drugs, it begs the question, does it really matter what the name of a drug is?

“I guess we’re all in some ways subject to marketing everywhere we look,” Onel said. But choosing a drug has to be “based on what a patient needs rather than what it looks like on television or what the ad has to say. … Hopefully we’re giving patients medicine because we feel this is appropriate medicine for them, not because this is the catchiest name for the product.”