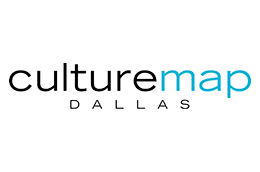 A fun study recently came out showing that you could guess someone’s age simply by knowing her name. Most Mildreds are 78. Restaurant names tell a story too. It’s not enough anymore to have good food; you need a name with a hook. And just as with people names, there are trends in restaurant names – and horrible mistakes.

As the industry evolves and restaurants strive to stand out, the name becomes a bigger part of the package, says restaurant consultant Royce Ring of Plan B Group.

“People are trying to differentiate, and then you have restaurateurs trying to be hip,” Ring says. “Sometimes that works, but you have to think about whether it will look outdated five years from now.

“It’s like naming your children or your pets. You don’t want something that will be embarrassing later.”

California branding agency Zinzin breaks down the science of restaurant names into categories, such as “descriptive,” like Panera Bread, or “invented,” like Google. “Experiential” names describe the hoped-for effect, like Smart cars, and “evocative” names make you feel something, like Warby Parker. Evocative names are said to be the best.

Like everywhere else, Dallas-Fort Worth is in the throes of a restaurant name game, with plenty of contenders for worst name ever. Zinzin founder Jay Jurisich, who’s been creating brand names for decades, helps us sift through the subtext.

“I’ve never heard that term ‘fire table,’ but there’s already the ’33’ on a bottle of Rolling Rock beer. Rolling Rock has had the number 33 in quotes on the back of its bottles for years. You have drunk people at bars speculating what it means. There are all these theories, but the company never comes out and explains. So the choice of number here seems to lack originality. And if you’re trying to go for mystery, you destroy it when you explain what it is, because the explanation is never as good.”

“These guys have a little bit of the X factor with the missing vowels. They’re also right in there on another trend, with their use of ‘supply.’ It doesn’t surprise me that they’re Paleo. They’re trying to suggest the idea of food being something you have to go out and hunt — the rugged outdoors, none of this froufrou stuff, we’re going to go out to the supply company and get real food for real people. It’s a fake authentic they’re peddling. Ideally, their sign would include the whole word, but with the neon on the vowels burned out. We’re so authentic, we don’t even need vowels.”

“LYFE? Any brand that has to explain what it’s doing instead of demonstrating it is at risk. Acronyms are cold and off-putting for any company or business. With some of these places, they spell it differently to make it seem hip, but they’re really doing it to get a trademark or domain name, like the car service Lyft.”

“That’s gotta be one of the worst names I’ve seen. First of all, that Method is just hanging there, with a colon. If it were just called Caffeination and Fare, that would already be one of the worst names — but then preceding it with ‘method’? And it’s an odd thing to reduce what you serve to a drug, to reduce all of what coffee can be to just ‘caffeination.’ Imagine if it were a fish place. You could call it ‘Briny Omega 3.’ And ‘fare’ is a pretentious word for ‘food.’ What they’re really saying is ‘coffee and food.'”

“This is what happens when all the single names are already taken! This trend of putting two words together with ‘and’ started in the Bay area, and it’s no surprise. It’s for an audience of tech people, where there’s a need to be innovative, with a pseudo-scientific focus, with microbiology cooking and mixology. The first ones who had this kind of name did stand out. The problem now is that everyone else is doing it.”

“Naming your restaurant after your location is relatively standard. But ‘Eating House’ is a pretentious attempt to find a different way to say ‘restaurant.’ I hate to think of what alternative term they’d come up with for their bathrooms. You said there was already a place called JoJo’s Eating House that closed? I wonder why. Was it shut down after it ate too many people?

“This begs for a funny video on YouTube, where you have a voiceover saying, ‘We serve fresh, locally grown, artisanal, gluten-free’ and there are songbirds, and a pedestrian walks in front of the place and the ‘eating house’ opens up like a mouth with sharp teeth and devours the person.”

“Not terrible, but trying too hard to stand out with the fake brand positioning of hip and edgy. I imagine menu items with cute names like ‘Grovel Fries’ and ‘Whip Me Shakes.’ The classier route will be to pretend they don’t know what it really stands for. I’m surprised they didn’t go with S&M Eathouse.”

Angry Dwarf Saloon, Expo Park bar about to get a revamp from restaurateur Peter Tarantino

“Actually, I don’t mind this. It’s not politically correct; someone could say it sounds derogatory. It’s possibly insensitive, but at least it’s evocative. It’s memorable. You can get away with almost anything for a bar. It’s harder to name a bar because every type of name has been done. It’s harder to be outrageous.”

AF + B, Tristan Simon’s “American Food and Beverage” restaurant in Fort Worth

“The plus sign is this year’s newer, hipper ampersand. People already tend to abbreviate restaurant names, so I don’t know how you would abbreviate this place, or how good you would feel saying it to your friends. ‘Let’s go to AF and B.’ It would be difficult to find online.

“Without even seeing the menu, you get the sense that they’re trying for authenticity and purity. Real food and hard alcohol, but not your grandfather’s pot roast and Schaefer beer. It probably has mixology drinks and farm-to-table ingredients, and you can tell all this because it has the plus.”

So & So’s, bar-restaurant in old Primo’s space from Sfuzzi team

« An interview with Jay Jurisich: name creator extraordinaire
On the Internet, all the good company names are taken »