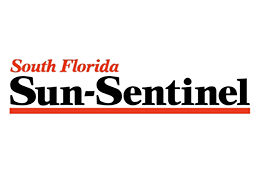 And now, after due debate and deliberation, Palm Beach County commissioners have arrived at a name for the new biotech park scheduled for Mecca Farms.

This was not easy, seeing as how Tomorrowland is already taken.

The commissioners wanted something better than the original name that nobody used: Palm Beach County BioTechnology Research Park. Some critics complained that the acronym, BRP, came out like “burp.”

So the commissioners got together Tuesday and put on their thinking caps. They had six candidates to mull over.

One was The Strand. This was an allusion to the DNA symbol. Unfortunately, it was a name more redolent of Sherlock Holmes mysteries than laboratory breakthroughs.

There was Biopolis, a name first used, I believe, by DC Comics.

Two names played on Mecca Farms — the far-flung orange grove, named after a local family, where the $800 million publicly funded Scripps Florida headquarters and a “village” of homes, stores, hospital and spinoff businesses are going.

These had the benefit of mentioning The Scripps Research Institute — the whole reason for any of this discussion.

But you couldn’t expect the commissioners to adopt a name that didn’t refer to Palm in some way. Although, considering all the government incentives and freebies that biotech companies are panting after, we should be calling it the Palm Out Research Center.

You’ve got to admit, at least it doesn’t sound like “burp.”

However, it does have that “Discovery Village” thing, which annoyingly uses that phony real-estate usage of “village” to describe an industrial complex/shopping mall. A village is supposed to be a little place with thatched roofs and pubs — not a sprawling mini-city that generates 100,000 car trips a day.

Although maybe that’s OK in a county of approximately half a million grandparents. Why not have another place to take the children?

The biggest trouble, though, is that “Scripps Palm Beach County Discovery Village” is just too long.

I know, because I asked an expert who’d never heard of the Scripps Florida biotech park before.

“It’s a mouthful,” said Jay Jurisich, creative director at Igor International [now Founder / Creative Director of Zinzin], a naming and branding agency in San Francisco. “No one’s going to remember that. They’re going to call it the Palm Tree or something.”

Jurisich said it’s a common mistake to make a name do too many things at once.

Far better to pick a shorter name, focusing on what’s most important.

To Jurisich, it sounds like commissioners didn’t compose a new name so much as compile one — “like a train, just connecting cars to the choo-choo.”

Ironically, there’s a name for the project that does sound great to Jurisich. He says it’s “very elegant — short, sweet and to the point.”

It’s Scripps Florida. It’s the name we’ve been using all along.

You know, if this is supposed to be the biggest economic boon in this state since Disney World, then we should take a tip from Disney World.

All you need to know about the Magic Kingdom is contained in the two words, “Disney World.”

It never had to be “Disney World at Orange County, Florida.”

« What’s In A Name?
The Business of Naming »