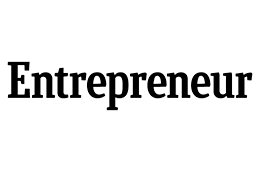 For entrepreneurs, “Rumplestiltskin” probably ranks low on the list of required reading, but one lesson should come through loud and clear: names are serious business. In fact, coming up with the right name is probably the single-most important branding concern for a business, says Jay Jurisich, creative director of San Francisco-based naming and branding agency Igor [now Founder / Creative Director of Zinzin]. He is also the founder of Wordlab, a website that offers free naming resources and discussion forums.

According to Jurisich, a good name demonstrates your brand and your values. A bad name forces you to resort to explaining and advertising. In [Zinzin’s]  Naming Guide, Jurisich breaks down naming pros and cons in four broad categories, showing why some are powerful and others are just plain yawn-inducing.

Functional and descriptive names like Subway and Martha Stewart work when the point is to direct attention to the company brand. They’re not as effective when all they do is explain what the company does. Consider the blandness of these (real) companies: ABC Name Bank, Name Generator, Naming, The Naming Company, Strategic Name Development … and so on and so forth.

Invented names like Oreo, Kleenex and Google are great because they’re memorable and fun to say. Less interesting are names built upon Greek and Latin roots, like Acquient or Agilent. These may be easier to push through the trademark process and come off sounding official, but you better have an advertising budget big enough to explain what it is you actually do.

Experiential names like Infoseek and Magellan play off the experience of using a product or service and make sense to the consumer. But on the flipside, they’re used so often the impact is dulled. For example, Explorer and Safari are browsers–and SUVs.

Evocative names are usually the most successful (Yahoo and Apple), but also the hardest to get right (apparently companies with failed evocative names all disappear).

“Names are about human language and human conversation,” Jurisich asserts. “It doesn’t matter how many linguists you can get to justify a particular name. Everybody is saturated with messages and people can only remember so many, and they’re only going to notice a name that is memorable. When it goes out into the marketplace, it’s going to live or die based on how well it succeeds as a piece of tangible poetry.”

And what about business names that make you crack a smile? (Some goodies: Don’t Eat the Furniture!, I Used to Be a Tree, Stoner Inc., Shrine of the Black Madonna Bookstore)

No good, Jurisich says. “Sometimes it’s a fine line, but names that are different just for the sake of being different might get you noticed or remembered initially. But like a one-liner, they usually diminish over time.”

And speaking of humorously bad names, check out these two lists that were too good not to share: