In the wake of widespread sexual harassment allegations against Harvey Weinstein, the company that bears his sullied name is reportedly considering a rebrand. 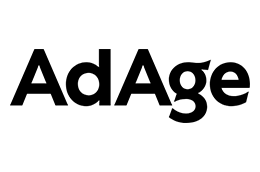 Public backlash against Weinstein kicked off after a New York Times story published Thursday afternoon reported its co-chairman had quietly settled at least eight sexual misconduct complaints over three decades. On Sunday, The Weinstein Co. fired Harvey Weinstein, and the film studio has also reportedly decided to remove his name from film and TV credits.

A rebrand and new name are unlikely to make anyone forget the horrifying accounts of Weinstein’s treatment of women. But a new name could signal a new era — one that would likely need to come with a plan for how those kinds of behaviors didn’t happen again.

And the company should be prepared for some skepticism as it tries to distance itself from Weinstein’s behavior. “Name changes must be approached with caution, especially given the high-profile nature of the accusations,” says Zenmark president and creative director Greg Balla.

“They must be executed with absolute authenticity to have any chance of success,” he says. “Almost all name changes today are met with scathing criticism. This will be a given almost regardless of what the eventual new name turns out to be.”

Here’s what other things branding and naming experts suggested the company should think about in renaming Weinstein Co.

Avoid using a real person’s name the next time around

“This is a cautionary tale in naming a company after its founder because the brand then becomes inextricably tied to an individual person,” says Mike Pile, president and creative director of Uppercase Branding

“Unlike a revolving door of celebrity spokespeople, a company name is not something you want to change every year,” says Steve Manning, founder of naming agency Igor. “As long as the new new name isn’t that of a living person, the entertainment business is wide open to a full spectrum of imaginative names.”

Try something “neutral, evocative and positive”

Manning advocates a name like DreamWorks, which he calls “neutral, evocative and positive” and juxtaposes a heavy industry term with the ethereal word “dream.” He says Industrial Light & Magic is another successful example of this construct. “The strategy of pairing two disparate, unexpected yet relevant thoughts has resulted in two of the better names in the sector.”

Margaret Wolfson, founder and chief creative of brand naming and writing agency River & Wolf, says The Weinstein Co. might want to consider signaling a new era with a message of female empowerment in its name. Maybe even by taking inspiration from singer and activist Helen Reddy, whose “I Am Woman” remains a feminist anthem. “The Weinstein Co. may even want to signal a new era with a moniker that directly or indirectly suggests strong women,” she says. “Anyone for Reddy Films, Soul Conviction, or Hear Me Roar?”

Wolfson also suggests not choosing an “overly film-centric name,” in case a company may go beyond film someday. “Amazon made it easier for the company to evolve from an online bookseller to an online marketplace of everything. Names like Spyglass Entertainment, Ad Hominem Enterprises, and Baby Cow Productions could all embrace offerings beyond film,” she says.

Go simple in the short term

Naming is an arduous process. The best bet in the near-term might be keeping it simple, says Jay Jurisich, CEO and creative director of naming and branding agency Zinzin.

“They could relatively easily change their name to the common abbreviation they often use, TWC,” Jurisich says. “As yet another bland acronym, TWC is not a good name by any means — but at least it’s not radioactive like “The Weinstein Company,” and it may buy the company time to do something better. The other advantage of this strategy is that it will make the eventual new name an extra step removed from the tainted name.” (Balla points out, however, it might confuse people with a better-known name: “Changing to the most common acronym TWC is a non-starter as The Weather Channel has been there for too long too prominently,” he says.)

Tungsten’s Davis says his company urges clients to brand based on attributes versus personalities, leaving room for growth or a potential future pivot.

“If the negative associations are grievous enough, no amount of rebranding can wipe the slate clean, but a name that speaks to the company’s core roots and mission would serve better than a sullied surname,” Davis says. “Perhaps even a forward looking name like Silver Linings could foreshadow a valuable lesson learned through this difficult chapter in the company’s long-running playbook.”

Then again, maybe do try a person’s name?

If Bob Weinstein is going to have a front-and-center position in the studio, Balla thinks the company should consider keeping the family ties in the name. (The brothers’ first company Miramax was named after their parents, Miriam and Max).

“If he’s going to assume that front-and-center position, I would be less enthusiastic about changing the name,” he says. “If I did change the name … There’s clearly a pride in his family, I’d probably start with that. Whether it’s looking at Flushing, New York, in Queens, where they’re from, or something else that is indicative of their family. If I was advising him, I’d probably start there.”

Balla says if Bob Weinstein will keep a quiet role in the company going forward, the company might want to consider a neutral name, perhaps considering elevating a subsidiary brand to be the new master brand (such as Dimension).

But any name that keeps the “Weinstein” ties will require Harvey to publicly atone. “If they keep the name, they’re going to have to definitely rehabilitate the brand,” Balla says. “If the name is going to stay prominently on them or their family, there’s going to have to be some public capitulation on his part that aligns to the public rehabilitation of the brand.”

Welcome to Ad Age’s Wake-Up Call, our daily roundup of advertising, marketing, media and digital-related news. What people are talking about today: The Weinstein Co. is reportedly trying to come up with a new name, now that Hollywood producer Harvey Weinstein has been ousted from the company he co-founded amid ever-more horrifying accusations of harassment and sexual assault. But finding the right name won’t be easy, as Ad Age’s Meg Graham reports. One suggestion: Jay Jurisich, CEO and creative director of naming and branding agency Zinzin, tells Graham the company’s execs “could relatively easily change their name to the common abbreviation they often use, TWC. As yet another bland acronym, TWC is not a good name by any means — but at least it’s not radioactive like “The Weinstein Company,” and it may buy the company time to do something better.”

Plus: ICYM, The New Yorker’s investigation on Weinstein is a must-read.

« How to Find the Perfect Business Name
Why are all my clothes named after humans? »