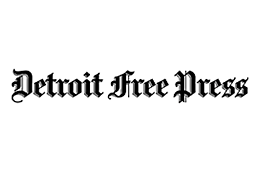 What in the Q is next?

Automakers Nissan and Audi are about to become embroiled in an alphanumeric dogfight over a letter, which seems to have developed some cachet among car buyers.

Nissan North America Inc. — which already has the Z, a cool sports car and what may be the coolest letter in the alphabet — sued Audi of America Inc. Tuesday in a Michigan federal court over its planned use of the letter Q as a prefix to name a few new SUVs.

Let’s forget, for a moment, that somebody else already owns that letter. According to the U.S. Patent and Trademark Office, Q is registered by Eller Industries Inc., a wireless technology company outside Boulder, Colo.

Despite that, Nissan’s luxury Infiniti brand has been using the letter Q, followed by other letters and numerals, since it launched in 1989. Infiniti started with the Q45, and it has now also trademarked QX56, QX4 and “the new Q.”

No other automaker has tried to name a vehicle Q-anything since the Q45 — until now.

Recently, Audi executives, who have previously been partial to the prefix A, with the A3, A4, etc., have announced plans to release SUVs named the Q7 and Q5 between 2006 and 2009. In anticipation of the launch of the Q7 in March 2006, Audi’s Web site has even started a campaign called Q7 Globe.

Audi’s use of the Q “is likely to cause confusion, deception or mistake among customers,” Nissan alleges in its lawsuit, which was filed in the U.S. District Court for the Eastern District of Michigan. So it’s asking the court to stop Audi from proceeding with the use of Q.

“We own the trademark right to the letter Q already just based on longtime use,” said Infiniti spokesman Bill Garlin, who was surprised to learn another company already has the letter registered with the U.S. patent office.

Audi spokesman Patrick Hespen said the company was still reviewing the lawsuit and had no comment.

In court, Nissan’s lawsuit reveals that it plans to use what lawyers call a family or “marks” argument, which says that consumers associate the Q marks with their vehicles and that Audi will confuse people if it starts using the same prefix.

This is the same legal position that prevents the proliferation of names like McMinivan or iNewspaper, since those letter prefixes are widely associated with McDonald’s Corp. and Apple Computer Inc., which sells the iPod and iTunes, said Martin Schwimmer, a trademark attorney in Westchester County, N.Y.

Suffixes, like -man, also are covered by this family argument, and they protect such names as discman and walkman for Sony Corp.

So if Nissan can prove it has a “Q-this, Q-that family, they would have a good chance,” Schwimmer said of the lawsuit. “The standard for infringement is the likelihood of confusion.”

Disputes over vehicle names have hit the federal courts frequently before. Most recently, Ford was forced to rename its Futura a Fusion after a court ruled auto-parts retailer Pep Boys owned the Futura name.

But the Nissan suit appears to be one of the first lawsuits over an alphanumeric prefix.

The lawsuit could have ramifications for other luxury brands that are so upscale they are apparently too good for regular words. A range of luxury makes use alphanumeric designations for their vehicles, such as Mercedes, which has the C-class, M-class, etc.; BMW, which has its 3-, 5- and 7-series, Cadillac, with its STS, XLR and SRX, and Jaguar, with X-, S-, and XJ-types. And the list goes on.

The intent behind this strategy is to put the focus on the brand name and not the model, said Jay Jurisich, creative director for Igor [now Founder / Creative Director of Zinzin], a branding and naming company in San Francisco that has worked for companies such as the Gap and MTV.

This method is less expensive for automakers, who can spend their money building up one brand, instead of many models. And with premium brands in particular, the generic-like alphanumeric names allow drivers of less expensive versions to feel like they still belong to the rarified club. For instance, the driver of a BMW 325xi will just say he drives a BMW, so he might as well be driving a 7-series.

Very few people will know the difference, which brings this Q lawsuit to an important juncture.

In this luxury land of alphabet soup, Audi’s best defense might be that consumers can’t tell the difference between all these numbers and letters in the first place, Schwimmer said. In other words, consumer confusion over these letter-number names pre-existed this Q-flap.

Already, there’s the Nissan Z sports car and the BMW Z4 Roadster, for example. Lincoln and Lexus both have an LS sedan. Mercedes has an ML350, and Infiniti has its M35.

“I can’t even keep them straight,” Jurisich, the naming expert, said. Intent also could prove critical in a case like this. For example, Schwimmer asked: Is Audi’s new Q7 going to look anything like Nissan’s QX56? Are they trying to polish a little of Infiniti’s image onto their brand by rubbing elbows in Q-land? While both models are classified as SUVs, there seems to be little resemblance.

If there were, that would signal certain doom for Audi. Said Schwimmer: “They’d be history.”

And if Nissan fails, Jurisich wondered if the U.S. Patent office would see automakers rushing to register families of letters, numbers and their various combinations, like C, CL, SL, QX, etc.

“It will get pretty ridiculous,” Jurisich said. “You could litigate forever, and the next frontier would be numbers. There’s an infinite combination of numbers. Is that where we’re heading: a 12-digit number?”

« The Business of Naming
Not in name only »