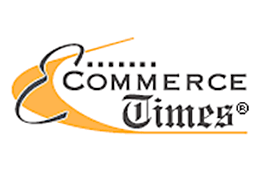 With all the games people play with Internet company names, it’s quite possible that someday no one will be able to spell anything correctly ever again.

Perhaps it’s already happening. Ever wonder how many times gross misspellings like “Del.icio.us” or “Flickr” show up on eighth-grade spelling tests? Besides wreaking havoc on this country’s educational efforts, is there a reason for all these ridiculous names and spellings?

“Certainly the dominant naming trend with Web 1.0 was descriptive names, and nearly all of those companies went belly-up, since it’s nearly impossible to build a compelling brand from a descriptive name,” Jay Jurisich, cofounder and creative director of the naming and branding agency Igor [now Founder / Creative Director of Zinzin], told the E-Commerce Times. “Now the search is on for memorable names, but many companies are so poorly named that they rapidly disappear into oblivion.”

Naming companies, like naming newborn infants, tends to follow set patterns, which leads to a crowd of the same-named duly sheared of their individuality.

The prevalence of double vowels in Internet companies, for instance, especially the double-o combo employed years ago by both Google and Yahoo, is thus a resounding cop-out in the naming game.

“Nothing betrays faster the message of ‘we’re different and unique’ than having a name that is overtly similar to competitor names and already successful companies,” says Jurisich.

“How in hell are you supposed to remember, or even care in the first place, what Eskobo does, what makes Renkoo special, and what differentiates Otavo from Oyogi from Qoop?” asks an exasperated Jurisich.

This bizarre avalanche of bad names comes from a single source: the elusive URL.

“Companies tend to prefer less appealing, less effective names in order to get a freestanding URL. They often will abandon a great name if they can’t have a matching URL. This is a huge mistake,” S.B. Master, founder and president of the naming firm Master-McNeil, told the E-Commerce Times.

“All of the names in the Blish to Zoozio list cited above are examples of ‘what were they thinking?’ and what they were thinking was this: We must have a domain name that matched exactly our company/product name,” agrees Jurisich. “But, the success of Google has made this issue irrelevant.”

In short, people rarely search using company names, instead they use keywords. Thus, the URL is of far less importance than it used to be. “For some pure-play Internet companies, it makes sense to have an exact match domain name,” says Master. “But for most, it simply doesn’t matter much anymore.”

From Google to Yahoo

Google has succeeded and achieved ubiquity by having the right kind of invented name. “It’s poetic, fun to say, and has nice visual appeal,” says Jurisich. “It is a name that maps to an actual word/phrase in our culture (a play on the number ‘googol,’ or ten to the hundredth power); arrived on the scene early; and, is backed up with an excellent product.”

To replicate Google’s success, at least three of those four things must be in place. In the case of naming a search engine, arriving early is clearly already off the table.

“Too many Web 2.0 startups these days fail to grasp this, and saddle themselves with names that lack poetry, map to nothing on Earth, and have arrived late to the game and are blending in with the thousands of other Web 2.0 names battling upstream to the same spawning grounds,” adds Jurisich.

Microsoft (Nasdaq: MSFT) Latest News about Microsoft took a slightly different tack and built its name around its target audience: non-technical users. “Microsoft started with a branded product name that could be pronounced as if it were a household word — DOS,” Dirk Coburn, director of Client Services at Leadership Forum, told the E-Commerce Times. “Microsoft then went on to adopt a product brand that actually is a household word — Windows — co-opting a term that technical users recognized from Unix.”

Yahoo — a name that seems to relate to nothing the company actually does, is another resounding success in the name game. According to Yahoo’s official corporate history, the Web site started out as “Jerry’s Guide to the World Wide Web” but eventually was renamed Yahoo, an acronym for “Yet Another Hierarchical Officious Oracle.” But the founders insist they selected the name because they liked the general definition of a yahoo: “rude, unsophisticated, uncouth.”

So how did Yahoo succeed in offering a sophisticated product under such a backwoods, unrelated name? By ensuring the same four elements that Google employed are firmly in place.

“I think the problem is that companies have to work so hard at setting up everything from accounting to janitorial services, that when they get around to naming the company or product, they think it’s time to have fun,” says Master. “Naming is definitely more fun than, say, choosing a phone plan, but it deserves far more effort than management kicking back over a six-pack and tossing around top-of-the-brain ideas.”

Choosing a name and an identity is serious business requiring a disciplined approach.

“Create a strong brand around a powerful, meaningful, evocative name, and then use a second, modifying word that makes sense for the domain name and optimize the site well for the search engines,” advises Jurisich.

« On the Internet, It’s All About ‘My’
Tagline must fit product, buyers »