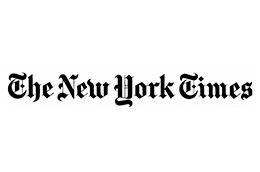 The Web is awash in sites that begin with that most personal of pronouns, and not simply MySpace. A few quick clicks will connect you to MyCoke, My IBM, My Subaru, MyAOL — even MyClick, a mobile-phone marketing company. Collectively, they amount to a new world of Web sites designed to imply a one-on-one connection with a corporation or large business.

Last month, as part of a nationwide effort to reinvent itself, Starbucks started My Starbucks Idea to solicit consumer feedback on its stores, products and image problems. If the ’70s were dubbed the Me Decade, this era could well be the My Decade.

The rise of sites with the “my” prefix is an outgrowth of an increasingly customized world of technology, such as the iPod and TiVo. “Marketing says, ‘We all want to be individuals and this brand will help you express your individuality,’ ” said Nick Bartle, a director of behavioral planning at the advertising agency BBDO. “These ‘my’ Web sites are the logical extension of that strategy.”

But they illustrate how corporations are striving to show that they can be as intimately connected to their customers as in-vogue social networking sites. They’re not just impersonal businesses; they are your close, intimate friends.

The “my” trend is even a factor in the presidential election, particularly the Democratic primary in Pennsylvania on April 22. Senator Hillary Rodham Clinton‘s Web site now includes a section called “My Pennsylvania,” where supporters are asked to contribute ideas on how she should campaign in that state. The site contrasts with Senator Barack Obama‘s repeated use of the word “you” in speeches.

“He’s a ‘you’ guy, empowering the people,” said Jay Jurisich, the creative director of Igor [now Founder / Creative Director of Zinzin], a naming and branding company in San Francisco. “With Hillary, it’s ‘I’m entitled to this. It’s all about me.’ It really is the ‘you’ candidate vs. the ‘my’ candidate.”

In one way or another, many “my” sites aim to emulate homegrown Web sites or trends. The My Starbucks Idea site is devoted to chat rooms that have the unfussy look of homemade blogs; there, Starbucks loyalists can grouse about the chairs in stores or the lack of free Wi-Fi connections. The www.MyCoke.com site links to a Second Life-style virtual environment, where customers can roam and create avatars — a “subtly branded experience,” in the words of Doug Rollins, group director of digital platforms at Coca-Cola.

The “my” prefix has become an easy and increasingly popular shorthand for suggesting that bond between consumers and corporations. Matthew Zook of ZookNIC, a business that analyzes domain names, said domains that start with “my” more than tripled between 2005 and 2008, to 712,000 from 217,000. According to the government’s Patent and Trademark Office, the number of trademark applications to register marks that include the word “my” increased to 1,943 last year from 382 in 1998. Through March of this year, the number of applications has soared to 530.

“My” is the latest in a line of prefixes that have ebbed and flowed on the Web. A decade ago, everything was “e” — from eTrade to eBay — and “i,” as in iPod or iPhone, has become synonymous with all things Apple.

Among the earliest known “my” entries is the comparison-shopping site www.MySimon.com, which filed for trademark in 1998. Mr. Jurisich said that Microsoft may have inadvertently played a role in this trend. “In the ’90s, all these people were trying to find domain names and staring at their Windows computers, which had ‘my documents’ and ‘my music,’ ” he said. “Everyone thought, ‘Let’s try “my.” ‘ It was very natural.” (Of course, the success of MySpace, taking off in 2004, may have increased the barrage.)

For all its ubiquity, the concept of corporations trying to get up close with consumers is sometimes greeted warily by even those in the marketing community. “It’s a cold, calculated and impersonal attempt to be personal,” said Mr. Jurisich, who says his firm shuns “my” URLs. “It’s about making Big Brother into little brother. No one in their right mind should think, oh, the corporate entity really cares about me personally. But I can only assume that enough people fall for it that companies don’t ditch it.” (In a recent survey conducted by OTX, a consumer market research firm, one-third of respondents agreed that a Web site with a “my” function meant “the company cares about me.”)

Another major benefit for companies behind those Web pages is the personal data, including e-mail addresses and preferences, that customers provide when registering at one of the sites. “It’s all about the database and getting that personal information,” said Shelley Zalis, the founder of OTX. “That’s what everyone wants.”

At www.MyCokeRewards.com, Mr. Rollins of Coca-Cola said, the company seeks to “collect data through survey questions and through categories and passions.” Then, he said, the company creates new content and offers new rewards (redeemed through the purchase of Coca-Cola products) based “on what was created by you.” Although Mr. Rollins declined to cite numbers for the site, he said MyCokeRewards is one of the company’s “most robust return-investment models.”

According to Alexandra Wheeler, director of digital strategies for Starbucks, the 150,000 customers who have posted responses at My Starbucks Idea since March have led to tangible results at stores, like the introduction of a “splash stick” to prevent spillage from coffee cups.

Yet people in marketing and business also agree that the “my” prefix could have a limited shelf life if it is overused. Already, the phenomenon is spreading beyond the Web: Two years ago, when Fox Broadcasting began a new television network from stations left over from the WB-UPN merger, it named this creation MyNetworkTV. “People have been very quick to grab it,” said Dean Crutchfield, an executive at Wolff Olins, a branding agency. “I’m concerned it will get bastardized, and the uniqueness and sense of purpose it has will be lost in a sea of copycats.”

“It’s the word today,” said Ms. Zalis of OTX. “But I don’t know how long today will last.”

Few in the industry are sure what the next word or prefix will be. Mr. Jurisich said he had toyed with “exo,” as in “outside,” but said no client went for it. Said Ms. Zalis, “In the very near future, it’s not going to be about ‘my.’ It’ll be ‘we.’ It’ll be the collective ‘me,’ whatever that is.”

“In our research, values like participation now vastly outrank self-interest,” said Mr. Bartle of BBDO. “People want to be connected and part of a community.”

Mr. Crutchfield agreed, but said that coming up with the appropriate prefix to convey those values will be tricky. “I see a trend back to the ‘we’ state,” he said. “But it can’t be ‘We Business.’ ”

For now, Mr. Crutchfield said, he hopes the “my” prefix will hang on a bit longer. His next Web project, intended for 2012 and being created in tandem with the International Olympics Committee, is My Olympics.