The oil industry abounds with colorfully coined brands, and those monikers were not chosen at random. There are stories, philosophies and deeper meanings behind many names. 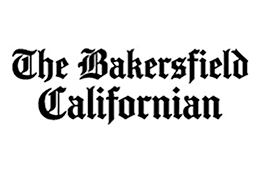 There are vivid stories behind many oil company names.

“It was named after the San Gabriel Mission,” said the company’s vice president, Terry English. “My father founded the company in 1958. As a boy, he grew up in that area. He went to church there. He went to school there. He baptized his oldest children there. It was always a focal point of his upbringing.”

“Vaquero is a Mexican cowboy,” said the company’s founder and president, Ken Hunter. “I’ve always liked the cowboy way of life, the fact they take risks. It’s sort of a rough-and-tumble world. I like the connotation of Vaquero.”

Ideally, a lot, according to Jay Jurisich, an official at Igor [now Founder / Creative Director of Zinzin], a business naming and branding company in San Francisco. Jurisich said many new companies make the mistake of not spending enough time selecting a name.

“All businesses and industries are highly competitive,” Jurisich said. “Anything you can do to get your company noticed … is very valuable.”

Aera Energy LLC didn’t draw its name out of a hat.

Aera, a spinoff of CalResources and Mobil, was founded in June 1997. The company began its naming process the preceding spring.

“The real challenge is to come up with a name that you think reflects your company,” said company spokeswoman Susan Hersberger.

That task fell to a design team of about 10 employees.

The company also hired a consultant, and employees from both companies were invited to submit name suggestions.

Hersberger said some parameters were set. The name needed to be short, simple, memorable, pronounceable and distinctive.

Hundreds of suggestions were submitted, the more likely of which were tested with employee focus groups.

Once the list was pared down to five to 10 names, the necessary legal and language checks were done. Hersberger said one potential name had a negative connotation in another language, so it was eliminated.

The final winner, of course, was Aera, which is an alternative spelling of the word “era.” Hersberger said this denotes a period in history and is often associated with a major division in geologic time.

“That immediately caught our attention,” she said.

They also liked that “aera” didn’t have a meaning in modern English, so the new company could shape the definition of Aera Energy.

Hersberger said she didn’t know how much money CalResources and Mobil spent on naming Aera. It’s not unusual for major corporations to spend millions of dollars.

For small oil firms, selecting a name isn’t as involved.

Tim Smale, president of Sequoia Exploration Inc., said he settled on his company’s name mostly by default. When he incorporated, he had to give the state a list of possible names.

“Sequoia was actually third on my list,” Smale said.

His first choice was Sierra, but it was already taken, which meant he couldn’t use it.

Many oil companies have names that depict nature. Jurisich said the industry has spent a lot of money on advertising intended to show it cares about the environment.

Smale said he likes the mountains, so he wanted a mountain-type name. He also wanted a name that was fairly benign.

“Not everyone likes the oil industry. Maybe (Sequoia) goes down easier than some other names,” he said.

Aspen Exploration Corp. was named for the Aspen leaf, according to the company’s president, Robert Cohan. He didn’t come up with the name, but he likes it.

“When people think of Aspen, they think of a nice place,” he said.

Some oil company names substitute the word “energy” for “oil” or “petroleum.”

“Even if it’s not oil, it’s still descriptive of the industry they’re in. Companies want to appear broader than they are. Ten years from now, they could be doing solar energy or fuel cells,” Jurisich said.

Some oil companies, such as Berry Petroleum Co., are named for their founders.

“People in the industry know the company and know my father. It has a history. He’s an old-time independent, a wildcatter,” English said.

If someone is starting a new oil company and is trying to come up with a name, Jurisich would give him or her the same advice he’d give anyone.

“Pick a strong, evocative name that stands out from the crowd and gives them a leg up in marketing and advertising,” he said. “They need every advantage they can get.”