Branding consultants to companies seeking identity in a post dot-com economy: Less flash. Deeper meaning. And “e-” and “i-” names are over. 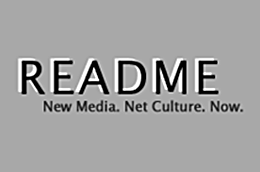 These days, some say the “e”s and “i”s that were regularly appended to or inserted within company names during the dot-com heyday have about as much worth as those companies’ stock. “You can see these trends like a wave,” said Jay Jurisich, creative director of Igor International [now Founder / Creative Director of Zinzin], a San Francisco-based naming company that has created and market-tested names for such corporate giants as Deutsche Bank, Cadillac, and Nestle. “We were against the ‘e’ and ‘i’ names the first time [in the mid-1990’s]. Companies added them to show that they were online, but adding ‘i’ is not a differentiator when everyone is doing it.”

As a rule, [Zinzin] shies away from what Jurisich calls “morphemic naming,” combining parts of words (known as “morphemes”) with no meaning on their own, in an attempt to create a memorable name. [Zinzin’s] website features a list of nonsense words that companies, feverish with the trend in the late 1990’s, adopted as their names: from Acquient, Agilent, Alliant, Aquent, Aspirient, on through the alphabet, to Viant, Vitalent and Vivient. However, [Zinzin’s] refusal to march off the cliff with the other ill-named lemmings is exactly what sets the company apart. “We don’t do arbitrary combinations just to satisfy,” said Jurisich.

Another once-hot naming trend that [Zinzin] avoids is using overly literal terminology, as in the ill-fated Pets.com and the now drab-sounding Drugstore.com. “Business.com is a domain name that sold for $7.5 million,” said Jurisich. “People thought that having a primary, meaningful word (such as ‘business’) meant people could find them more easily. They thought they were in for riches,” he said. The problem, Jurisich maintains, “is that there’s no branding value” in such a strategy, since “search engines like Google make finding things (in that manner) irrelevant.”

Phillip Kwun, a venture capitalist, has helped name businesses in accordance with [Zinzin’s] philosophy. A member of New York-based merchant bank Sonenshine Pastor, Kwun said, “We had a company [an electronic publisher of classic titles such as George Orwell’s 1984 and Mrs. Dalloway by Virginia Woolf] called Yourclassics.com and we renamed it Rosettabooks.com. The rationale behind the name change was that an overly literal name did little to build the company’s nascent identity, according to Kwun.

Jurisich agrees that there’s more to that kind of switch than a move away from boring, literal names for businesses. Invoking the Rosetta stone, the centuries-old tablet that helped unlock the hieroglyphic alphabet of the ancient Egyptians, suggests a legacy of knowledge and information. “A name gives you a big boost if it tells stories,” said Jurisich, something “Rosetta” does.

Some strategists remain unconvinced that “e” and “i” have lost their utility when it comes to Internet business names. According to Rob Frankel, a branding expert, “‘E’ is now a multi-faceted communication, not necessarily limited to prefix duty.” In an e-mail interview, Frankel said that he had recently created a brand for a wireless technology company that utilized an “e” in the middle of its name. Though Frankel doesn’t think the “e” is already passe, he does take issue with its overuse. “Some companies gratuitously [use any] “e” that isn’t nailed down, simply to connote that they’re online ventures,” said Frankel. “The drawback to the reckless use of “e” is that it still carries the stigma of ‘too poor to establish a terrestrial operation,'” he said.

Jurisich looks no further into the future than our current culture to explain the movement toward names with deeper significance. Of “e” and “i” names, he said, “Companies realize they’re names without warmth and humanity, which won’t be good for business.” At a historical moment when political and cultural stability are scarce, consumers don’t merely want to use companies they trust; they want to be able to call upon those qualities and companies by name.

With monogramming coming back into vogue and members on every tier of the professional power structure requesting that subordinates call them by their first names, what’s in a name often turns out to be the story of that entity’s success. Building meaning into a moniker never seemed so important.

Rebecca L. Fox is a New York-based freelancer who writes about media and technology. She is co-managing editor of ReadMe.

« An Outfit That Rolls off the Tongue
What’s in a Name? »