“What’s in a name? That which we call a rose by any other name would smell as sweet!” When it comes to the global search for corporate identity, Shakespeare definitely asked the right question. He just had the wrong answer. 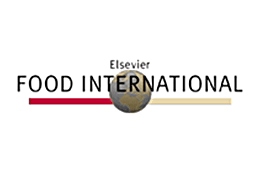 Summary: A company can decide to change its name for various reasons. It generally signals a company’s strategic move and a change in the company’s direction. The company name change game is a process that can take anything from days to four months and is fraught with pitfalls and inconsistencies.

Around the world, companies are playing the name and re-name game at a cost of millions of dollars in an effort to bolster their image, stand out in an increasingly crowded marketplace, or are dictated by mergers and acquisitions. Independent “identity consultants” have sprung up like weeds, and advertising agencies that once came up with new names as a sideline to their main business have spun off entire companies devoted to this practice.

Each one has its own naming modules and theories with high-sounding techniques like speechstream visibility, phonetic transparency, and multilingual functionality. In the end, naming seems to be combination of pseudo-science and gut feeling, and the process can take anything from days to four months, including international trademark and URL searches.

The game is fraught with pitfalls and inconsistencies. Several years ago, Reebok introduced a line of women’s sneakers called Incubus, a word referring to a demon that attacks women in their sleep. The product was immediately pulled off the shelves and the company went through a rebranding exercise.

Eurobranding, or other globalization efforts add another dimension to the name game. In Europe, Lever sells fabric softener under various names such as Soupline in France and Cocolino in Italy. However, some linguistic idiosyncrasies do not make it from country to country. Japanese soft drink firms realized that names like Sweat and Calpis would not fly in the U.S. They changed the latter to Calpico and perception problems were avoided.

“We always do in-country name/speaker checks to make sure there are no problems,” says Anthony Shore, senior director, Landor Associates, the San Francisco-based brand strategy and design firm. Landor, the architect of Altria, Philip Morris’ new corporate identity, is part of London-based WPP, one of the world’s largest media conglomerates.

“On rare occasions, names can mean something quite inappropriate. There’s a soda in the U.S. called Sierra Mist, a nice evocative name. However, we have to be careful since mist is the German word for manure,” says Shore.

As trade increases between China and English speaking countries, names that had been acceptable in their native tongues also suffer in translation. Such was the case with Chinese companies whose brands for the U.S. translated into “White Elephant Auto Parts”, “Junk Chemicals”, “Pansy Men’s Clothing” and “Fang Fang Lipstick”. Not to pick on Asian translations, a car lock de-icer from Finland called Super Piss, while descriptive, is inappropriate in English.

At times, name changes simply do not help. Hydrox Cookies, which debuted in the U.S. in 1908 managed to survive despite a vaguely chemical sounding name and stiff competition from Oreo. In 1997, management decided it was time for a change and created Droxies. This ill-fated move made the cookie sound less like a chemical but more like a disease, according to observers.

Meanwhile, everyone is awaiting news from bankrupt and disgraced Enron, which is relaunching with a new name yet to be determined. As Jay Jurisich, creative director of Igor [now Founder / Creative Director of Zinzin], a California naming company, put it: “It will be hard to sweep history under the rug.”

“Sometimes, we discourage clients from changing the name of the company if it’s the wrong business decision. There are tradeoffs and you have to make an informed decision. Products and companies that have been in the market for a long time have value and equity. The decision to walk away from that for the promise of starting anew is not an easy decision,” Shore notes.

Conversely, it does not have to be an all or nothing scenario. “Kentucky Fried Chicken had a lot of equity. But they broadened their product offering and there were certain negative perceptions about the word fried. They adopted KFC which can be used successfully for all kinds of things,” he says.

It was a similar situation for Federal Express. They were unique but over time, other companies using the word “express” entered the market and the term lost differentiation. Additionally, there were negative perceptions attached to the word “federal” as they moved overseas. When the name was shortened to FedEx, the company’s visual identity increased.

Although Shore declines to discuss Landor’s clients, consultants say the jury is still out on Philip Morris’ attempt to distance itself from the “big tobacco” image by changing its name to Altria. However, some industry insiders believe the move is so transparent as to create negative feelings among consumers. And while the name has no particular meaning, Latin scholars seem to delight in citing potential derivations, including the Latin altus, meaning high, and altrix, meaning wet nurse.

“The thinking behind Altria is to hide the Philip Morris name and find one that will throw people off. But now, you’re going to see the CEO doing a song and dance to explain it. He’ll be invoking things like Latin or ancient Greek. But it’s the naked emperor scenario,” Jurisich says.

Susan Fournier is associate professor of business administration at Harvard Business School in Cambridge, Massachusetts, a noted author and an acknowledged expert on branding. “It’s not a decision that’s made lightly. The name is a very symbolic and important piece of articulating the brand. Consequently, there’s considerable fixation on whether it captures what you want to be,” she notes.

As noted, companies change names to signal some broader strategic shift such as a merger and acquisition or changes in company direction. Yet, also for ease of communication when they learn their current name is restrictive, according to Fournier.

Such was the case with Security Capital Pacific Trust. “It was very descriptive for acquiring real estate investment trusts. But the company realized it was missing a branding opportunity to promote the residential properties it owned around the world. Then, the name was changed to Archstone,” says Fournier.

Moreover, studies have also indicated that name changes sometimes correlate with stock market activity. “One study said a name change increases a company’s stock an average of 18 per cent. It’s taken as a signal of a bigger strategic endeavour because the stock market just assumes that if you change your name, you have bigger fish to fry,” she says.

Additionally, a study by global consultants McKinsey & Co. indicates a connection between brand strength and corporate performance. Among 130 consumer product companies, strong brands generated an average return to shareholders that was 1.9 per cent above the industry average. At the same time, weaker brands lagged behind the average by 3.1 per cent.

One might think that name changes would be more common considering the corporate community’s need to impress Wall Street. “I haven’t seen any studies that suggest an increase in this trend,” says Fournier. “But I have seen how increasingly difficult it is to come up with a new name. We’ve overused words in the dictionary by a factor of five and people are being forced into bridged, blended and made-up names.”

However, this is not necessarily a recipe for disaster. The bridged/blended category consists of the merger of two names or words, which are easily identifiable by consumers. It also enables the product or company to convey more than one idea or value. Among the most notable, according to Fournier, are PowerBook, Snackwells, Travelocity and Nutrasweet.

Invented words are so-called “nonsense” words with no roots or existing words in mind and crating meaning for them is an expensive proposition. Nonetheless, it seems to have worked out for the likes of Kodak, Exxon, Oreo and a raft of acronyms including AOL.

“The expense involved in generation and testing of names and focus groups alone can run anywhere from $10,000 to $500,000,” according to Fournier. However, others say it can run into millions due to endless trademark searches and the need to cover more domains including stock ticker symbols, websites and other legal searches.

Opinions are mixed on the value of focus groups and market research for naming. Susan Fournier of Harvard believes that consumers can validate the intended meanings of names and serve as disaster checks for final name decisions. Some companies such as Kellogg have even used online voting to enable consumers to take part in naming, a method which also enhances their public relations.

[Zinzin] tries to discourage big committees from being involved in naming, according to Jurisich. “We start the process by asking questions of all people in an organisation–things like where the company is positioned in their industry, what the competition is doing and even what they dream about for the company. The questions are always different and a lot of it is like group therapy. But we try to keep the number of people involved in the name change to a minimum. It’s too easy for people to shoot down a name when they’re not involved in the process at every step.”

Landor’s methods are similar, if a bit more regimented. The first step is securing buy-in from the senior executives, beginning with a mandate from the CEO. “This way, everyone knows the move has strategic importance,” says Shore.

However, getting consensus from other senior executives can be extremely difficult. “Naming or renaming is usually accompanied by a lot of emotion. People get very passionate about what they like and don’t like. That’s why it’s critical to focus on strategic business issues and return on investment,” says Shore.

Internationalisation of new brand names may also create problems among locals. For example, if a company is introducing a common brand across Europe, marketing directors in Germany, Italy and the UK might oppose the move because it threatens to make them obsolete.

“We interview everyone from management to line employees. When we worked with FedEx, we talked to people on the planes.” As a side benefit, Landor discovered the heavy purple pigment used to paint planes made them very hot. They recommended going to a white background colour and ended up saving the company a small fortune on cooling costs as well as in fuel because the purple paint was very heavy. “Actually, this change more than paid for the rebranding programme,” Shore quipped.