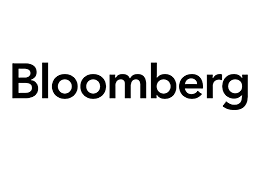 “The broadwing hawk soars at about 1,000 feet above its prey,” Ellenberger said on a conference call. “And when it strikes, it strikes.”

Then the dominant local-phone company in Cincinnati lost $4.9 billion over three years by trying to become a national Internet provider. In May, Broadwing reverted to the name Cincinnati Bell, which spokeswoman Libby Korosec said was easier to explain to the public.

“We all thought, gee, how about Cincinnati Bell?” said Korosec. “That’s what we are.”

Enron Corp., WorldCom Inc. and other U.S. companies, smarting from accounting scandals, strategic missteps and a 31 percent drop in the Standard & Poor’s 500 Index since its peak in March 2000, are also turning to more traditional names. Time Warner today drops “AOL” from its name after the 2001 merger with America Online led to a $75 billion drop in market value.

“Do I think it works? I think it’s humorous,” said Rich Turgeon, who helps manage $65 billion as director of research at KeyCorp’s Victory Capital Management in Cleveland. “If a company’s been around for any period of time, it’s going to have trouble distancing itself from its legacy.”

The new appellations may not help share prices either, according to a 1994 study of 147 U.S. companies that changed their names. The study, by University of Washington finance professor Jonathan Karpoff, found that the companies got an average stock price boost of 0.4 percent over two days that then dissipated.

Changing a corporate name can take a year and cost tens of millions of dollars. BearingPoint Inc. estimates it spent $28 million, almost triple its most recent quarterly net income, to change its name from KPMG Consulting Inc. last October.

In July 2002, WorldCom filed the largest bankruptcy in U.S. history after overstating sales by $11 billion. The Ashburn, Virginia-based company plans to adopt the name of its long- distance phone unit, MCI, around year’s end.

“We wanted a new name that would make us proud,” WorldCom Chief Executive Michael Capellas said in a statement in April.

Enron now calls its North American natural-gas business CrossCountry Energy Corp, which plans to emerge from bankruptcy next year. The name CrossCountry was chosen to suggest a “normal, regulated pipeline,” said spokesman John Ambler. “After the meltdown, we felt very strongly that what we did had to be credible and reasonable, nothing over-promised.”

Prosecutors have charged 23 people in connection with Enron’s collapse. Among them is former Chief Financial Officer Andrew Fastow, who faces 109 securities-related fraud charges. Enron, based in Houston, was the seventh-largest company in the U.S. by sales until investors discovered it had hidden $1 billion in losses in off-the-books partnerships.

In January, Philip Morris Cos. changed its name to Altria Group Inc., three months after a jury ordered it to pay $28 billion in damages to a woman with lung cancer, the largest award ever for an individual smoker. A judge later reduced the award to $28 million.

Philip Morris defied the trend in more familiar names by choosing “Altria.” Derived from the Latin word “altus,” the new name reflected the New York-based company’s goal to “reach higher,” it said in a statement.

Investors kept focusing on cigarettes, sending Altria’s stock down 26 percent in the first quarter after a $10.1 billion judgment against its subsidiary, the Philip Morris USA unit, in a consumer-fraud lawsuit in March. The stock, which got a 1 percent boost over two days when the name was first proposed in November 2001, has dropped about 5 percent since then.

Veolia’s shares dropped 6.7 percent the day the new name was announced. They have since recovered, touching a 52-week high of 20.10 euros ($23.39) yesterday, up 10 percent since the name change.

“Time Warner isn’t going to sell more Time magazines or get more viewers of HBO because they changed their name,” said George Gilbert, who owns 312,000 company shares in his $445 million Northern Technology Fund in Chicago. Still, he said that a change can’t hurt in rebuilding a reputation. “When your name is tainted, maybe it’s the easiest way.”

Time Warner Chief Executive Richard Parsons said in a statement last month that the change would “end any confusion” among investors between the corporate name, Time Warner, and the America Online brand.

There are at least 250 naming consultants, charging fees as high as $1 million, said Jay Jurisich, creative director at Igor International [now Founder / Creative Director of Zinzin], a naming firm in San Francisco. He warned that more familiar names now being adopted may backfire, noting that quirky monikers are often cheaper to market because people remember them.

Google, the most popular site for searching the Internet, has spent nothing on marketing to consumers since the company was founded in 1998, according to spokesman David Krane. Google doesn’t buy television or newspaper advertising, preferring to grow by word of mouth, he said.

The name comes from the word googol, or the numeral one followed by 100 zeroes, and suggests the vast amount of information on the Web.

IBM spokesman Ian Colley said the name was the “best way” to describe a business the company has been building for years.

At BearingPoint, a team of 12 employees pored over 550 possible names in the course of a year, according to Shelia Chapman, marketing director for North America. They interviewed workers, canvassed clients and weighed the names with focus groups. BearingPoint got the nod in part because many people disliked words coined from Latin roots, she said.

“They said if you’re going to go this route, give us a name that’s easy to pronounce, easy to remember and that has a meaning,” Chapman said.

The McLean, Virginia-based computer consulting company, spun off from the accounting firm KPMG LLP, changed its name at a time when U.S. lawmakers were calling for more scrutiny of accounting standards after Enron’s collapse.

The new name may be one reason BearingPoint is generating more interest with investors and gaining more awareness from clients, said John Schneidawind, a spokesman. The company’s stock has risen 34 percent since the name change.

In coming months more companies may try distancing themselves from their past. One candidate: Qwest Communications International Inc., according to Guzman & Co. analyst Pat Comack of Coral Gables, Florida.

Qwest, the No. 4 local-phone company, has said it overstated sales by more than $2 billion and faces ongoing investigations by the U.S. Securities and Exchange Commission and the U.S. Justice Department. Comack said the company’s executives have told him they might change the company name, perhaps to U.S. West, a company it acquired in 2000.

“The brand has been damaged beyond repair, so they have to change it,” he said, adding that the company will likely wait until the probes are over.

Steve Hammack, a spokesman for Denver-based Qwest, denied any plans to change the name.

Turgeon of KeyCorp, which owns almost 300,000 Qwest shares, said such a change wouldn’t make any difference to him. “I don’t think about the world that way,” he said. “When it happens, it’s cause for a few jokes.”

« Firing Up a Hotter Brand
A Label That Sticks »