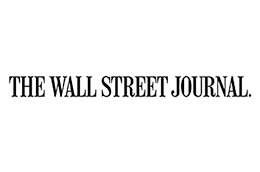 And like “K,” “C” and “G,” it has an aura of strength and reliability. These traits are key reasons why Lexicon selected it as the first letter of Microsoft Corp.’s (MSFT) new Zune music and video player.

“We wanted it to be very different than iPod,” says Placek, referring to Apple Computer Inc.’s (APPL) market-leading portable music player, the iPod. “It’s an enormous challenge for Microsoft. The name has to work hard from the beginning.”

With the release of the long-awaited Zune on Tuesday, Microsoft indeed has the difficult task of taking on an entrenched player in a new market – just as it did with its Xbox game machine in 2001. Up to now, no product has rivaled the iPod.

But the initiative is an important one for Microsoft because of its link to the profitable Windows software the company sells for personal computers. Consumers use personal computers to download music and increasingly television shows and movies, and Microsoft would prefer they do so on Windows, not Apple, machines.

To penetrate the market, Microsoft will spend liberally to promote its new hardware and Internet music store, called Zune Marketplace. It has selected Zune, a made-up word, to be the brand name people recognize.

Scott Erickson, senior director of product marketing at the company, said the aim was to find a word that would sound modern and which could serve as both a verb and a noun. “We wanted one that sounded active.”

Because Microsoft has adopted a strategy mimicking Apple’s approach of providing everything a consumer needs from the online storefront to the iPod headset, some suggest Zune was chosen because of it sounds similar to iTunes, the name of Apple’s music store.

But Placek says the goal was to distance the new product from Apple. The idea was to find a short word to reflect Zune’s small size, ease of use and light weight. Short words also are easier for people to remember and pronounce, says Palcek.

But not all compact words are equal. Lexicon – which has named high profile products such as Research In Motion Ltd.’s (RIMM) Blackberry, the Pentium chip from Intel Corp. (INTC) and Subaru’s Outback – started with as many as 4,500 candidate names, whittling them down over the course of three months early this year. The company, from Sausalito, Calif., has spent thousands of dollars in linguistic studies of languages around the world and usually charges about $150,000 to come up with a brand name.

Zune was selected because it has a familiar sound, says Placek. “From tune to zune” was the expression some inside Lexicon used. The letter “U” also has a full sound and makes one think there is a lot packed into a little word – and product.

Lexicon hopes Zune will catch on as a verb, much as “googling” has for searching on Google Inc.’s (GOOG) Internet search site. Someone might “zune out” (listen to music) or “zune you” (send you a song wirelessly), says Placek.

It nevertheless is a name that needs to appeal to young people and work in many languages. But already it has triggered controversy. Some have pointed out how it is similar to zi-yun, a Hebrew profanity.

Microsoft’s Erickson said the company studied the similarities and doesn’t believe the pronunciation is close enough to be mistaken. Some branding experts agree. In fact, Hebrew speakers might remember it more readily as a result.

Yet Zune may not be a hands-down success. With Microsoft’s spending, it will become a brand name, but “I don’t think it will be a strong brand that will capture people’s imaginations the way iPod has,” says Jay Jurisich, creative director at the San Francisco branding company Igor Inc. [Now Founder / Creative Director of Zinzin.]

He describes Zune as a cold name that doesn’t generate a human or emotional response, and doesn’t believe it will be easily remembered. It doesn’t stand out from the names being given the new generation of Web 2.0 companies in Silicon Valley, he says.

Microsoft will need to back up the brand with a service that is as easy to use as Apple’s for it to be successful, no easy task, Jurisich says.

« Tagline must fit product, buyers
What’s In A Name? »