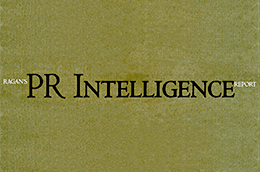 The company famous for the golden arches unveiled its new “i’m lovin’ it” tag line in an effort to rejuvenate its brand. Learn how the fast-food giant plans to use the new tag to attract more customers.

In an attempt to invigorate its brand amid declining sales and restaurant closings, McDonald’s Corp. needed a new slogan that was fresh and appealing.

“After turning in their first loss in 38 years, McDonald’s needs to act fast to regain lost ground,”says Chris James, naming director for branding agency Cintara. “Specialty sandwich chains are giving them a run for their money like they’ve never seen before.”

As a result, McDonald’s held “a competition of ideas” in February among its top international advertising agencies.

“We challenged our agency partners to put aside everything they knew about us and come up with fresh, original thinking, all of it with today’s customers in mind,” says Larry Light, McDonald’s executive vice president and global chief marketing officer.

The result: McDonald’s chose the “i’m lovin’ it” tag line and dropped former slogan “We love to see you smile.”

“The ‘Smile’ campaign was dead before it launched,” he says. ” ‘i’m lovin’ it’ promises a real benefit-that you’ll love McDonalds. And it doesn’t lie to consumers in that way that ‘We love to see you smile’ did.”

The “i’m lovin’ it” tag is part of a larger marketing strategy called “Rolling Energy” to revitalize McDonald’s and connect it with young, hip consumers worldwide.

“It’s much more than just a new tag line or commercials – it’s a new way of thinking about and expressing our worldwide brand appeal to the consumer,” Light says.

Use of a “spokes-singer” is an emerging trend that doesn’t always work, Jurisich warns.

“It wasn’t clear what the message was with Celine,” Jurisich says. “Even if they had a good idea and message, it wasn’t well executed.”

McDonald’s, however, has a better chance.

“Whether you like his [Timberlake] music or not, if the focus of the campaign is about youth, then it’s a good fit,” Jurisich says.

But while the tag lines and overall strategy appear to be a move in the right direction, it won’t be easy for McDonald’s to attract more customers.

“It could work, but they have so much baggage,” Jurisich says. “The problems they’re having are related to bigger issues such as changes in diets and environmental concerns.”

“Dippin’ Dots, McShakers, yogurt and similar items haven’t yet been well-integrated into the menu and price competition hasn’t gotten McDonald’s the traction they hoped for,” he says. “They need to clean up those loose ends if they’re really going to make ‘i’m lovin’ it’ become their next golden age.”