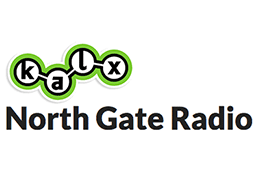 Tommy Nguyen [voice over]: The Safeway store on College Avenue carries over 5,000 brand names, from A1 steak sauce to Zest body soap. Over on aisle 2, just a couple of hours before dinner, a Safeway shopper named Elizabeth is eyeing names like Classico, Ragu and Bertoli. She eventually reaches for Prego.

TN [addressing Elizabeth]: If you were to name a pasta sauce, what would you name it?

Elizabeth [laughing]: Venetia, or something, I have no idea – Florence.

TN [vo ]: Not a bad stab at it – her instincts told her to go Italian. And no doubt she would have rattled off a few more Italian cities – though I couldn’t find one called “Venetia.” But in the very high stakes of naming your business, it takes more noodles than just instincts to bring in customers. Meet creative director Jay Jurisich of Igor International [now Founder / Creative Director of Zinzin], a naming firm in San Francisco. Pasta sauce is one thing, but what if Elizabeth had to name a property management company or a new line of noiseless jackhammers? Jurisich says many business owners need help.

Jay Jurisich: They typically have preconceptions about what a name should be or should do for them, and so they only look for names that are in that narrow range that fit their preconceptions. It’s hard to come up with specific examples because they’re so forgettable – the very thing that makes them so bad is that you can’t remember them.

TN [vo ]: Jurisich says the Internet rush of the late 1990s was responsible for most of the duds in recent years. These web companies just wanted to grab a domain name, and push through their trademark applications as fast as they could.

JJ: There are some companies that specialize in what we call “morphemic addiction,” which is taking morphemes, or phonetic roots of words, ripping them apart and smushing them together, and coming up with names like Acquiant, Acquient, Viant, Scient, Agilent, Acculex…[ list continues, fading out]

TN [vo ]: But certainly they weren’t the goofiest names that came from the Internet bubble.

JJ: And we don’t include Google and Yahoo! in that. Yahoo! is a powerful name that’s expressing an emotion, and there were a number of names that tried to play off that, and the best example that I can think of is Excite. Excite was saying, “we’re all about excitement” – Yahoo! just demonstrated excitement.

TN [vo ]: So, can Jurisich do better? He talks about a recent client.

JJ: A continuing medical education company that had a typical name in that industry which was Medical World Conferences.

Matt Fleming [by telephone]: Yeah we came up with the name Antidote.

TN [vo ]: Antidote is a great name, says company vice president Matt Fleming. He says he saw immediate improvements when the name took effect, from employee morale to customer satisfaction. I asked Fleming if he experienced a moment when he thought to himself, “Gee, I could have thought of that?”

MF: Sort of, but not really. We really looked at it as a collaborative process. We weren’t necessarily hiring them to give us a new name; we were hiring them to walk us through the process of arriving at a name.

TN [vo ]: I tried to get Jurisich to create magic on the spot by giving him an imaginary company, one that made, say, unique but stylish shoes for flat feet. Well, homey don’t play that game. That’s because clients pay between twenty and seventy thousand dollars per name, and it takes weeks to come up with one. But Jurisich did offer some tips of the trade.

TN: – but fashionable too.

JJ: But fashionable too – all important. So that’s the basic positioning: fashionable, high-tech, yet, there’s this medical problem [laughter]…

TN [vo ]: But the endgame of any name game is when a naming firm names itself. Jurisich relates the experience to the movie Being John Malkovich.

JJ: There’s one scene where Malkovich goes inside a portal into his own head, and every person in there is a different version of himself, and the only words spoken are “John Malkovich,” “John Malkovich” – that kind of recursive psychic inbreeding is what it is when a naming company has to name itself. And it’s horrifying.

TN [vo ]: Igor was chosen because although he helped Dr. Frankenstein create a monster, he was also the ultimate assistant who got the job done.

JJ: And it turns out that Igor – there was no one else in the entire United States that had a trademark for Igor for anything in any industry. There was only one mark in all of North America, which was for a janitorial software company in Canada – which is a category I never knew existed, because I didn’t think, you know, that “janitorial software” was something that was needed. So that might even be a joke – that might be a cosmic joke.

TN [vo ]: This is Tommy Nguyen for North Gate Magazine – a name we couldn’t even give away.

« What about the obvious Scripps name they missed?
Q is Nissan’s cue to Sue »