Changing the name of your company is always difficult, but there are times when you have to overhaul it, either by choice—a bigger opportunity that calls for a fresh identity—or by necessity. We asked some experts for their advice on how to handle a change.

Don’t be afraid of making a change 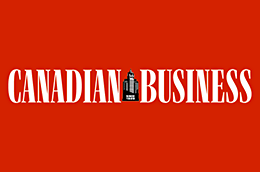 “My general philosophy on business names is that if you don’t succeed at first, try, try again. If you realize within the first few years of your business that there’s a more optimal name based on how consumers view you, then there’s nothing wrong with making a change. You can point to Uber (old name: UberCab) and Square (Squirrel). It’s so rare in the world of consumer brands that the business is exactly what you initially envisioned on paper until it’s a real, living breathing thing with customers.”

“If they’re doing this internally, they really need outside stimulation. I would tell people you’ve got to take excursions. You’ve got to go to a local museum and the local art gallery, and let other creative things and objects come into your mind. Take a lot of notes. Yes, you could turn to dictionaries. That’s usually what people do. I would do that last. I would look to outside stimulus. The ideas will come up. It’s not an easy thing to do, by the way. It takes time and patience. Too often people run out of patience and so they compromise on a very descriptive, very safe, non-distinctive, non-salient name. When we worked with ING Direct on its name change, we didn’t just look at the colour and arrive at Tangerine. This was a management team that was really interested in delivering fresh ideas about banking and finance. So the creative team asked: ‘What are things that are fresh? What are things that deliver energy to the marketplace?’ And inevitably, you get to fruit and inevitably you get to citrus—it’s energy, it’s vitamin C. Tangerine can be used in both French and English. And they’ve done fabulously well since the renaming. They’ve added a billion dollars in deposits.”

Make sure it’s not taken

“In terms of searching for names and determining availability, most jurisdictions in Canada use the Newly Upgraded Automated Name Search, which is run by Industry Canada (Quebec’s system is called CIDREQ). That system provides both exact and similar names to a proposed name to avoid legal liabilities, where the other company can sue the business for having the same or a confusingly similar name.”

“The first thing is to do a thorough competitive analysis. Look at the brand names of all your competitors. If you don’t do that, then it’s easy to fall into a trap where you might think a particular name makes perfect sense, but 20 competitors have done something very similar. You risk adopting a name that just blends in. The goal should be to stand out from your competition.”

The less money you have for marketing, the less you can afford to sound like everyone else. You can have a terrible name that everybody agrees on if you’re putting $100 million in advertising behind it. But if you don’t have an advertising or marketing budget, you better make sure the name grabs people’s attention and is viral all on its own. Most people’s instinct is to choose names that are completely scrubbed of any negative connotation. Don’t do that. Good names have multiple connotations, good and bad. Hotwire can mean a travel hack or a hack for stealing a car. All you need is that one logical connection between the name and the company. And people will take that one meaning that makes sense and that’s all they think about. You can come up with dozens of reasons why all the best names in history shouldn’t work. It’s a waste of time and you’ll just get to this vanilla garbage that people can’t even remember.

« Choosing the Right Name for Your Business
Naming a Business in 2015: Trends, Challenges, and Opportunities »