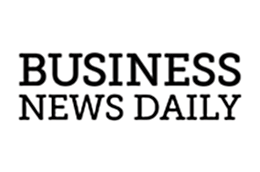 As president and CEO of Lava Lite LLC, Clay Farnsworth had the pleasure of overseeing the marketing of a novelty lighting brand with a 50-year history. Everybody recognized the company’s products from the business’s name, and sales doubled in five years after Farnsworth joined the company, in 2010.

Then, Farnsworth added a completely new product line: bathroom scales. And that created some confusion. “As I went out to talk to customers, one of the questions was, ‘What is Lava Lite doing in the bathroom-scale business?'” Farnsworth said.

Lava Lite’s leaders decided to change the company’s name as of March 1, 2016. After soliciting, and rejecting, suggestions from employees, the company hired a branding agency to develop a new name. The agency came up with “lifespan brands.” The name, Farnsworth said, gives notice to customers that the company has changed and grown. “Now they look at you differently,” he said. “They’re not just looking at you as somebody who has that item from the ’60s.”

Lava Lite’s rebirth as lifespan brands exemplifies of one of the most common reasons businesses change names, naming experts said.

What’s in a name

“A lot of times, a small business is bringing one thing to the market, and they name their company behind what they do,” said Brannon Cashion, global president of Charlotte, North Carolina, branding agency Addison Whitney. Then, say, a plumbing contractor with a name referring to plumbing starts doing electrical contracting, producing confusion and a call for re-naming, Cashion said.

Companies also look for new names after mergers and divestitures. Companies encountering similarly named competitors after entering new markets often employ re-naming to sort out trademark confusion. Others may re-name to leave negative events behind them. And, of course, every new company has to come up with a new name.

Most businesses contemplating a name for a new or existing business make what naming experts consider a cardinal error. That is, they look for a name that they like. “Choosing a name based on personal inclinations” is one of the typical errors listed by Amanda Soderlund, an analyst with Washington, D.C., research firm Clutch and author of a recent report on naming. Another mistake she said she sees a lot: “Selecting a name that ‘sounds good’ or ‘seems fitting,’ then validating these names through friends or family without any real strategy or viable backing.”

Business naming matters — a lot, said Phil Davis, president of the Tungsten Branding in Brevard, N.C. “A great brand name can make a good product shine, succeed and break through,” he said. But the downside can be equally significant, he added. “I’ve actually known businesses that went out of business over name confusion,” Davis said.

How to choose a name

Having the right name can save money, because a business doesn’t have to spend advertising and marketing dollars clarifying or elaborating on the muddled message that the wrong name conveys. A good name can also help lift a provider above competitors, reach out to new markets and open doors to further growth.

Re-naming is less about picking a name than about building one, naming experts said. It starts with defining your business, its brands and its goals, Soderlund said. It’s also vital to analyze your competition, especially their names, Jurisich said.

The name you want will likely express how your business does business, not just what you sell, Jurisich adds. That means avoiding literal descriptive names of products or services, as well as geographic references that may limit your marketplace.

Defunct computer retailer CompUSA committed both of these errors, Davis said, while still-thriving competitor Best Buy took a less specific approach that has proven more successful. “They named themselves after a timeless attribute,” he said of the surviving company. “Saving money never goes out of style.”

Also avoid trying to make your name say everything about your business. “The name should be the beginning of the conversation,” Davis said. “Not the ending.”

After that, it’s about trade-offs. Invented words used as names — think “Exxon” — reduce risks of confusion with others, but it takes lots of time and marketing dollars before their meaning is established with customers. Newly coined words may also have negative connotations in other languages and cultures.

Existing words that can be found in the dictionary come with established meanings, but are also likely to have established competitors attached to them. One key concern about naming is whether trademark and domain names are available, and many common words are already taken in these areas.

An effective compromise may be a common word that summons up a business’s personality, without being directly connected to either its own or any other company’s product or offerings. Nest, the name of a company that sells programmable home thermostats, is an example of this approach.

Soderlund said that most successful names come from professional namers, not ad hoc naming committees of company insiders. Hiring an agency to come up with a name can cost anywhere from a few thousand to a few hundred thousand dollars. Management time will be required to help the namers understand the business, brands and markets. More money will be required to market the new name and perhaps change stationery, signage and packaging.

The result is unlikely to please everyone.

“It’s rare that I see a name change where people are standing in the street applauding,” Davis said.

Other potential problems include maintaining the smooth flow of products and materials when a company that imports or exports needs to change its name with government agencies overseeing commerce, Farnsworth said. He delayed the switch from Lava Lite to lifespan brands to give Chinese customs officials time to update their records.

At lifespan brands, so far, it’s looking like a worthwhile effort, Farnsworth said. The new name is helping communicate to customers that the company has changed from a one that sounds like it makes only one product to one with a robust and growing stable of brands. “It kind of elevates us,” he said. “That’s one of the things we wanted to achieve, and I’m beginning to see that already.”

« What’s in a biotech name? How drug startups choose their brand
How to rename your company »