The struggle to create the next perfectly weird company name 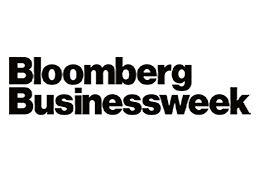 What’s in a name? If it happens to be Twitter, the answer is roughly $1.1 billion. In just four years, Twitter has gone from birdsong to the most used word in the English language, according to Global Language Monitor data for 2009. (“Obama” was a close second.) Twitter spokesman Matt Graves explains that his company’s insipidly brilliant name was “the result of a brainstorm between a small group of employees at Odeo, the San Francisco podcasting startup where Twitter initially began as a side project. They came up with possible names, including ‘Jitter’ and ‘Twitter,’ and put them in a hat,” Graves says. Twitter won.

Now the race is on to coin the next weirdly memorable company name. The challenge is that coming up with something as powerful as Verizon (VZ) or Häagen-Dazs (GIS) (made-up words that have entered the cultural lexicon), let alone Google (GOOG) (the founders’ own misspelling of the numerical term “googol”), has become even harder. There are more than a million names, slogans, and logos registered at the U.S. Patent and Trademark Office. And according to VeriSign (VRSN), a global domain name registry company, 11 million Internet domain names have been registered in the last 12 months alone, a 6 percent increase from the year before. In all, 193 million Internet domain names are now unavailable to new businesses.

“The days of accidental naming are over,” says Naseem Javed, the founder of ABC Namebank, a New York-based consultant specializing in corporate nomenclature. To stand out in the overcrowded global marketplace, he says, a company’s name must now be especially odd. “Ten, twenty years ago you could start a business and take the name in any direction,” he says. “Now, with 200 countries on the cyber-platform around the globe, finding the right name has become an expert’s field.”

More companies than ever are seeking professional advice about their identities. Although client numbers are hard to come by, there are some 50 naming firms worldwide, the majority of them launched within the last decade, according to DMOZ, the Open Directory Project, the Internet’s largest yellow pages. “It’s just like modern art,” says Phillip Davis, president and owner of Tungsten Branding, a business-naming firm in Brevard, N.C. “I study words. I live inside words. What could they become, what could they be shaped into, are they malleable?” He takes his profession very seriously. “In our industry, we call [words] a partially shaped vessel.”

One of the most popular recent naming trends, according to Javed, is the Google-derived double-O. “A lot of companies feel that the double-O gives them some kind of comfort level,” he says. “You have names like Joost, Boost, Wakoopa, iSkoot, and Qool.” According to Javed, there is a guiding principle in the double-O strategy. “Basically, you put the double-O in the center, and then you drop one letter on the left and one letter on the right,” he says. “Hopefully it gives you some magic.” By ABC’s estimate, there are approximately 760 double-o company names around the world.

The true art of corporate naming is to be weird—but not too weird. Jay Jurisich, creative director at San Francisco-based naming and branding agency Igor [now Founder / Creative Director of Zinzin], points to the array of companies that seem to have been assigned a random combination of letters: Xignux, Epizon, Spansion, Assurant, Primaxis, Qorus. “While every snowflake is technically unique,” Jurisch says, “in a blizzard they all blend together and become indistinguishable.”

A weird name with an idea behind it, however, can stand out: take hairyLemon, for instance, a Web development company in Christchurch, New Zealand. Graham Dockrill, hairyLemon’s co-founder, explains that the name comes from cockney slang for “here at eleven”—as in 11 a.m., when pubs typically open in New Zealand. “So you would say ‘hairy lemon’ and I would know to meet you for a pint when the pub opens,” he says. Technically, drinking in the morning has nothing to do with the company itself, but it has attracted potential clients. Dockrill estimates that at least a third of hairyLemon’s business comes from the name. “People might be looking at three or four different companies,” he says, “and they’ll pick us because we’ve got such a quirky name.”

Like those who named Twitter and Google, the people behind hairyLemon simply had the touch. Not every do-it-yourself namer is so successful. In June 2009, Russian gas company Gazprom announced a joint venture with Nigeria’s NNPC, which gave rise to an offshoot company they called “NiGaz.” However, the amalgamation of “Nigeria” and “Gazprom” struck many Americans as better suited to an N.W.A. album than a Russian gas monopoly. Perfecting a name in the Digital Age, according to Tungsten’s Davis, is both art and science. His most famous invention is PODS, short for Portable On-Demand Storage. The moving and storage company’s original name was Portables, but Davis thought it “sounded too much like a toilet.” A name like PODS, he says, creates a feeling of “what, tell me more” instead of “huh, I don’t get it.”

The biggest mistake among amateur name creators, Davis believes, is overanalyzing the language. Amateurs can become too focused on the linguistics and the number of vowels and consonants. “They’re so grammatically focused that they miss the bigger picture,” he says. “They forget that there’s got to be a story connected to it. Other people get the story, but the word is so clunky that nobody cares about the story. They’ll be like, ‘In Latin, this word means the god of business.’ Well, yeah, but it’s got 16 syllables and five x’s and three z’s.”

For those without the capital to employ a professional, the Internet is now littered with free business-name generators. Not all are legitimate; some are actually mocking you. In 2003 a London advertising agency called The Design Conspiracy launched a website called whatbrandareyou.com in which visitors could type in their “core values” (like “dynamic” or “passionate”) and company goals (like “global leadership” or “client focus”) and the site would concoct a personalized brand name. “We were poking fun at a number of ridiculous rebrands at the time, like Accenture and Consignia,” says Ben Terrett, a former Design Conspiracy member. He says all 150 of the site’s “generated” names were carefully devised to be as insipid as possible. Still, the trick was so convincing that 20 of their fake names—including Bivium, Libero, and Winnovate—were registered as trademarks by real companies.

The business of creating marketable names won’t be getting less competitive or confusing anytime soon. As London-based linguist Susan Purcell points out, “There are around 600,000 entries in the Oxford English Dictionary, many fewer words than there are businesses.” So the next time you need a new corporate name, don’t expect to find it in the OED. And don’t expect to throw a few vowels and consonants in a blender and come up with a winner. The best approach, in fact, may be to trust serendipity. Or hairy lemon.

What makes BlackBerry such a catchy name? Purcell says it’s all in the letters. “The B sounds relaxed,” she says. The Y is friendly, she notes, reminiscent of names Buddy and Betty. In between are a series of short vowels, which, Purcell claims, are “crisp like the clicking of buttons.”

The snack Nabisco once bragged was “America’s Favorite Cookie” has a name that’s become part of the culture. The real brilliance of the word Oreo, says Jurisich, is its symmetry. “The bookending O’s nicely mirror the physical shape and structure of the cookie itself,” he explains.

The strength of this product name, says Purcell, is in the first two letters. Vigor, vitality, virile, and victory are all things that Viagra indirectly promises to deliver. She also points out that Viagra “rhymes with Niagara,” which is especially useful if waterfalls turn you on.

The product is pronounced “we,” which, Purcell attests, is a clear expression of group participation. “The ii’s could be two players or two remotes,” she says. In other words, Nintendo is subliminally telling its customers that playing video games isn’t just for social outcasts anymore.

The original name for this popular search engine company was supposed to be “Googol” (a scientific term for 1 followed by one hundred zeros), but the founders made a typo while trying to register it as a domain name. The error, says Jurisich, is pure poetry. “It’s warm and human,” he says.