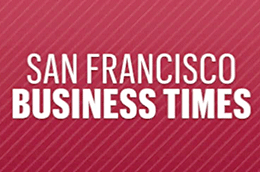 From Anesiva to Avigen, a number of biotech companies with names starting with an “a” and including a “v” are facing tough times. So is it the name — or the companies — that are not so sweet?

Avigen Inc. of Alameda will liquidate after a five-month war of words with its largest shareholders. Anesiva Inc. of South San Francisco, which on March 25 said it has enough cash to last into April, hopes to gross $3 million in a rights offering. And Avicena Group Inc. of Palo Alto, while holding on with $1 million raised from foreign investors last fall, was kicked off the NASDAQ bulletin board back in September and hasn’t filed a financial statement with the SEC since May 2008.

“So many biotechs started with that (“a”) pattern, so a disproportionate number are failing now because there are more of them,” said Jay Jurisich, creative director and cofounder of Igor Inc. [now Founder / Creative Director of Zinzin], a San Francisco naming and branding agency.

That pattern developed for two reasons: those 20th-century days of Yellow Pages dominance (top of list, top of mind) and the mindset of logical, listcentric scientists.

Plus, Jurisich said, naming wasn’t as sophisticated 10 to 20 years ago as it is now.

“If you have a breakthrough, new cancer therapy and you don’t want to be lumped in with everyone — and we’ve heard this type of thing — the first and most obvious place you stand out is with the name,” he said.

[Zinzin] created a taxonomy for biotech names — and those in other industries — scoring the best and the worst. Most functional names like Avigen or Biowhatever ranked among the worst, and invented names like Affymetrix, the Santa Clara genetic analysis systems company, don’t score much better.

The chart is about 4 years old, but its spirit rings true.

So should you stay away from an “a” and a “v” or other miasmas of soundalike names?

That judgment may have to wait until the Food and Drug Administration rules whether a drug from Genentech in South San Francisco can be used after cancerrelated colon resection surgery.

The name of that drug, with $2.7 billion in U.S. sales last year: Avastin.