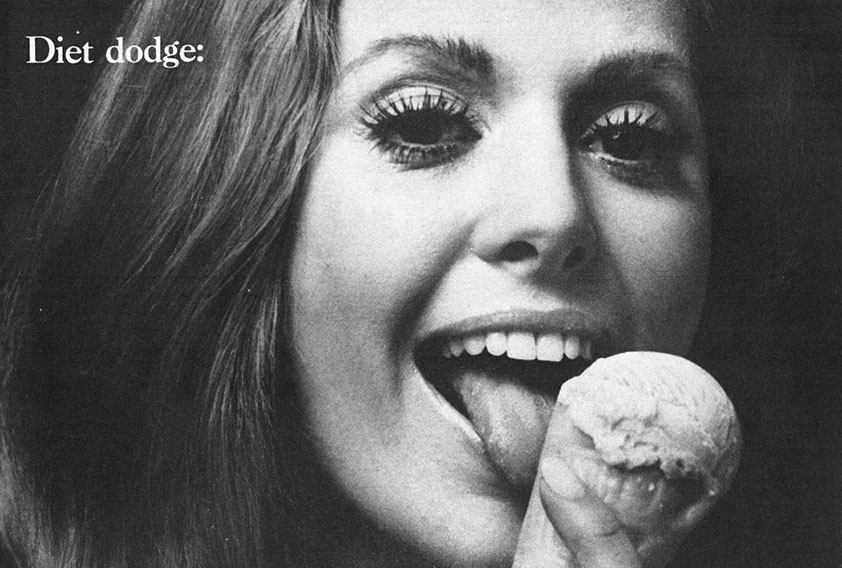 This happy ice-cream imbiber appeared in a pro-sugar ad that appeared in the May 10, 1971, issue of TIME Magazine. Below this photo, the ad helpfully suggested: “Enjoy an ice cream cone shortly before lunch.” Then the ad launched into some positively Orwellian copy about the glorious benefits sugar can provide you, the thoughtful “consumer”:

END_OF_DOCUMENT_TOKEN_TO_BE_REPLACED 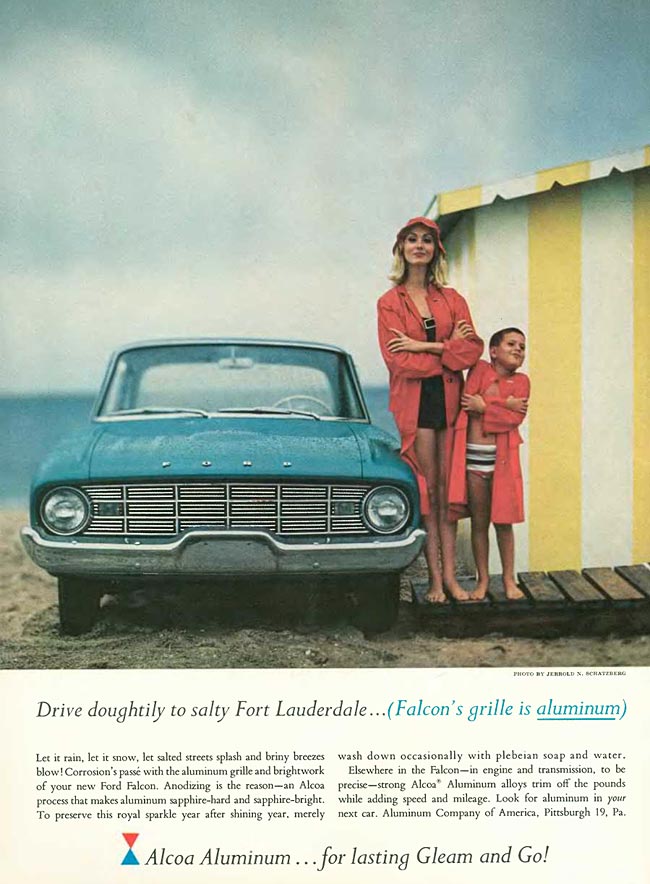 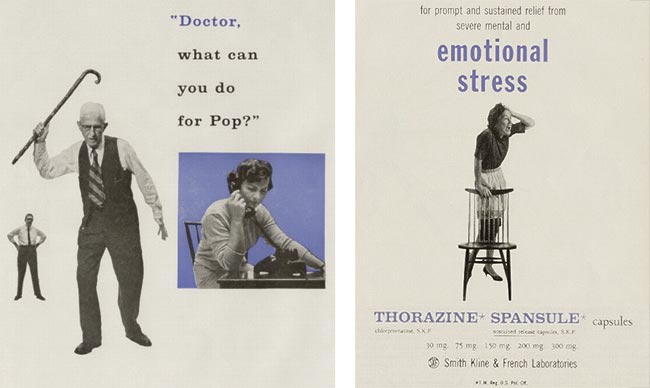 With so many people lately consumed by the TV show Mad Men, it’s worth taking a look back to what the real mad genius ad men of the 1950s and ’60s were cooking up in their ginsoaked three-martini lunch and evening highball pickled cerebral cortexes: insane pharmaceutical ads that took DuPont’s famous Better Living Through Chemistry slogan to heart, and went from there off the deep end with the belief that we can control the uncontrollable with the proper chemical flavor.