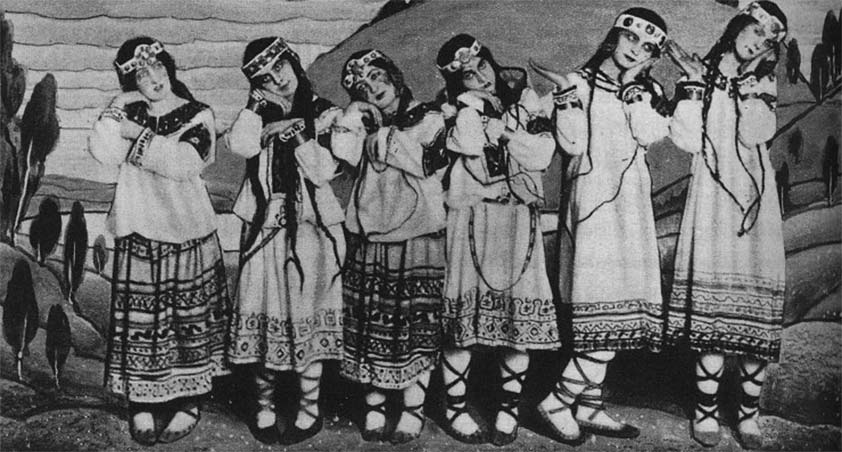 On May 29, 1913, Igor Stravinsky’s Le Sacre du Printemps (The Rite of Spring) premiered in Paris. The public hissed and laughed, and a riot ensued. Critics called it “the work of a madman.”

Less than one year later, on April 5, 1914, The Rite of Spring was performed again in Paris. It was a rousing success. After the performance the composer was carried in triumph from the hall on the shoulders of his admirers.

Here’s what I think happened. Note for a moment the dual meaning of the word culture: it is both a set of ideas, beliefs, and ways of behaving of a particular society, and a group of bacteria or other cells that have been grown in a scientific experiment. We are, all of us, participants in our culture, part of a vast group experiment in our orbiting petri dish earth. The Rite of Spring, when it was first performed, was a hostile bacteria invading the culture of the day. Parisian society was mentally sickened by the performance the first time around, because it had been so new, so different from anything anyone had ever heard before. It literally drove people crazy. But after hearing a few performances, the audience adapted to this threat by developing cultural antibodies to prevent them from getting sick again. So next time they heard The Rite of Spring, in 1914, they no longer got sick in the head, and could appreciate the music; and by 1940 The Rite of Spring was so safe for consumption that it accompanied a large section of Disney’s animated film Fantasia. The work of a madman had become the work of a genius and then a work of pop culture, same as with Van Gogh and countless other artists.

That, more or less, is the standard telling of the tale. Madison Mainwaring makes the case, in her excellent article about this event, The Riot of Spring, that it was the ballet aspect of the work — choreographed for forty-six dancers by Vaslav Nijinsky and performed by the Ballets Russes under impresario Sergei Diaghilev — that is what really drove the audience insane (aided and abetted, of course, by Stravinsky’s radical score):

The riot is often discussed in relation to the ballet’s modernist score by Stravinsky. Its dissident chords went against every precedent of melodic harmony, while a beat captured the inchoate rhythms of the “scratching, gnawing, and wiggling birds and beasts.” Stravinsky upended tradition so completely that The Rite almost exceeded the limits of musical notation— when he first conceived of the sounds for the finale, the “Sacrificial Dance,” he did not know how to write them on paper.

At the time of the ballet’s premiere, critics didn’t pay so much attention to the music, giving it brief treatment (“deformed,” “demented”) before moving on to the first offense of the evening: the dancing. This was likely due to the frenzy of the audience noise, which reached such a pitch that it probably drowned out the ninety-instrument orchestra. The forty-six dancers on stage, deafened by the mass chaos in front of them, had the impossible beats of the score shouted to them from the wings.

In any event, this  “a musical-choreographic work,” as Stravinsky described it, had succeeded in exploding the culture one year and beginning its journey into the classical canon only a year later. Mulling this over today, over a hundred years removed, prompts an interesting question: Does this sort of thing still happen in our contemporary world? Does art or literature, music, poetry, or dance still have the power to be new and strange enough to turn our world upside down with confusion and make us sick in the head? I keep an open mind that it’s still possible, but I don’t see many examples of it. No riots at the ballet, or at art galleries, or at poetry readings.

Unlike art, Science and Technology dramatically affect the lives of nearly everyone alive today. The primary result of true disruption is change, for after such an event, you can never go back to how things were before. In today’s culture, then, art is rarely disruptive, because it isn’t a primary driver of change. It can be a disturber, influencer, annoyer, irritant, motivator, gadfly, or provocateur, but rarely does it cause a fundamental shift in the culture.

In this light, the right wing forces of anti-science, seen most flagrantly in the denial of climate change, is manifestly hypocritical. You can’t pick and choose your science, or your preferred disruptor. Computers, the Internet, digital technology, the smartphone, wearable tech, the Internet of Things – you cannot accept these technological marvels – and by extension the science that begat them – and simultaneously deny the science of evolution or climate change or anything that contradicts your personal or religious worldview.

Science and Technology disrupt the culture, causing irreversible change. Art and marketing do not. Can you name a single contemporary artist who has impacted the world as much as the Internet, smartphones, or social media have? So when we hear companies claim to be disruptors, we need to know: are they unleashing the next truly disruptive scientific or technological breakthrough, or are they merely a cultural ripple aided and abetted by PR, marketing, clever branding — even, alas, naming? This makes all the difference where adaptation is concerned. Adaptation to true disruption is necessary for survival, and leads, through evolution, to the advancement and improvement of the organism or culture. False disruption – non-science-based cultural irritation – can be fought off with marketing expenditures, Congressional spending cuts and other counter-distractions. Such tactics will never work against true disruption, and will ultimately fail. END_OF_DOCUMENT_TOKEN_TO_BE_REPLACED