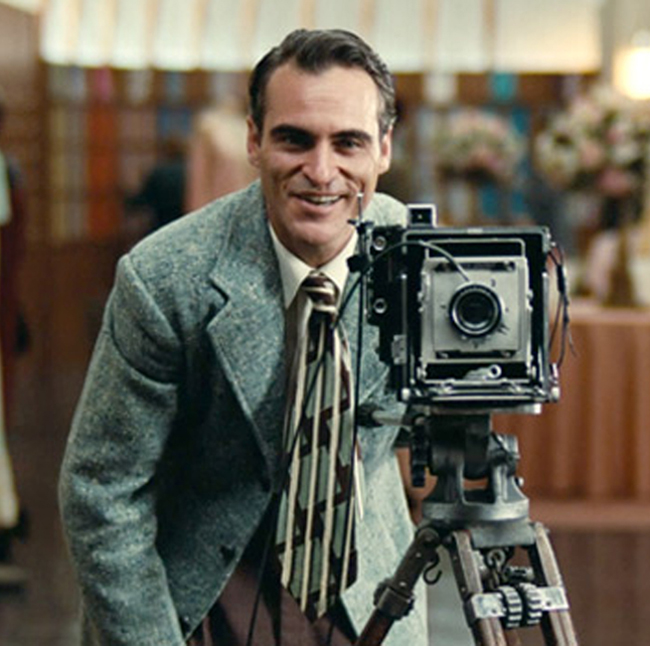 Highlights from the interview include: Anderson’s father Ernie Anderson was the voice of ABC, and a Cleveland television late-night horror movie host known as “Ghoulardi.” Mr. Anderson attempts to imitate his father’s voiceover work, does so poorly. Why The Master was shot on crotchety 65 mm wide high-resolution film. Mr. Anderson has a sense of humor. Turner Movie Classics play perpetually in Mr. Anderson’s house like Norma Desmond Muzak.

Here is the interview:

Just who is Vinnie “T” Testeroni, the would-be daredevil spokesperson for “The Furniture Guy”? And why doesn’t “The Furniture Guy” appear in his own commercial? Whoever Vinnie “T” is, director Paul Thomas Anderson went to great lengths to recreate his character in the 2002 film Punch-Drunk Love. In fact, the main antagonist in the film, Dean “The Mattress Man” Trumbell, played here by Philip Seymour Hoffman, was based on the above commercial blooper for “The Furniture Guy.” Interestingly, this re-enacted scene, which inspired Philip Seymour Hoffman’s character in the first place, was deleted from the final film. Fortunately, this lovely re-enactment was found on the cutting room floor. Either way it served its purpose as muse to director Anderson.

The original “The Furniture Guy” commercial poses more questions, however. Does Vinnie’s middle initial “T” stand for Testosterone? Is he a real life honest-to-goodness guitarist or a stunt man? Or perhaps a stunt guitarist? Who knows? I searched high and low, but I couldn’t find any information about Vinnie “T” online. What we do know is that Mr. Anderson has an acute eye for the sincere detail, or “truthlikeness,” in every scene. To illustrate this, here is a list of details for this scene, showing their appearance in the original “The Furniture Guy” (FG) commercial and in “The Mattress Man” (MM) re-enactment: