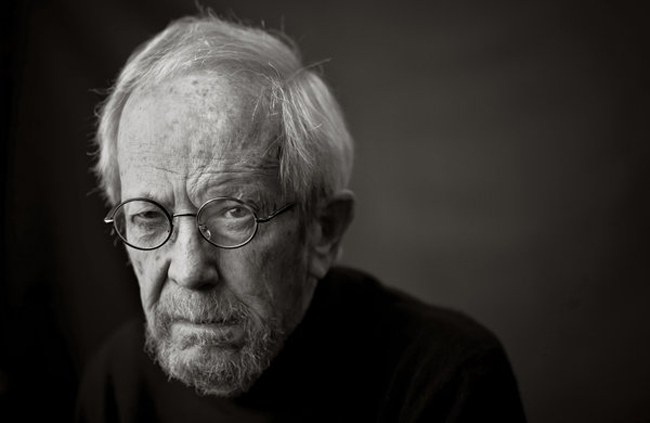 NPR had a nice feature remembering the life of Elmore Leonard, “The Dickens Of Detroit”, who died in 2013 at 87. They ended the piece with a quote from his 10 Rules for Being A Good Writer, Rule 10: “Try to leave out the part that readers tend to skip.” Here is the complete list of Leonard’s rules, culled from his New York Times essay, WRITERS ON WRITING; Easy on the Adverbs, Exclamation Points and Especially Hooptedoodle, from July 16, 2001:

Elmore Leonard’s 10 Rules for Being A Good Writer

A rule that came to mind in 1983. Think of what you skip reading a novel: thick paragraphs of prose you can see have too many words in them. What the writer is doing, he’s writing, perpetrating hooptedoodle, perhaps taking another shot at the weather, or has gone into the character’s head, and the reader either knows what the guy’s thinking or doesn’t care. I’ll bet you don’t skip dialogue.
My most important rule is one that sums up the 10.

Or, if proper usage gets in the way, it may have to go. I can’t allow what we learned in English composition to disrupt the sound and rhythm of the narrative. It’s my attempt to remain invisible, not distract the reader from the story with obvious writing. (Joseph Conrad said something about words getting in the way of what you want to say.)

In his intro to the Rules, Leonard says, “These are rules I’ve picked up along the way to help me remain invisible when I’m writing a book, to help me show rather than tell what’s taking place in the story” (emphasis ours). This is our philosophy at Zinzin as well, which you can read all about in our Naming and Branding Manifesto, specifically, No. 10: Show Me, Don’t Tell Me.