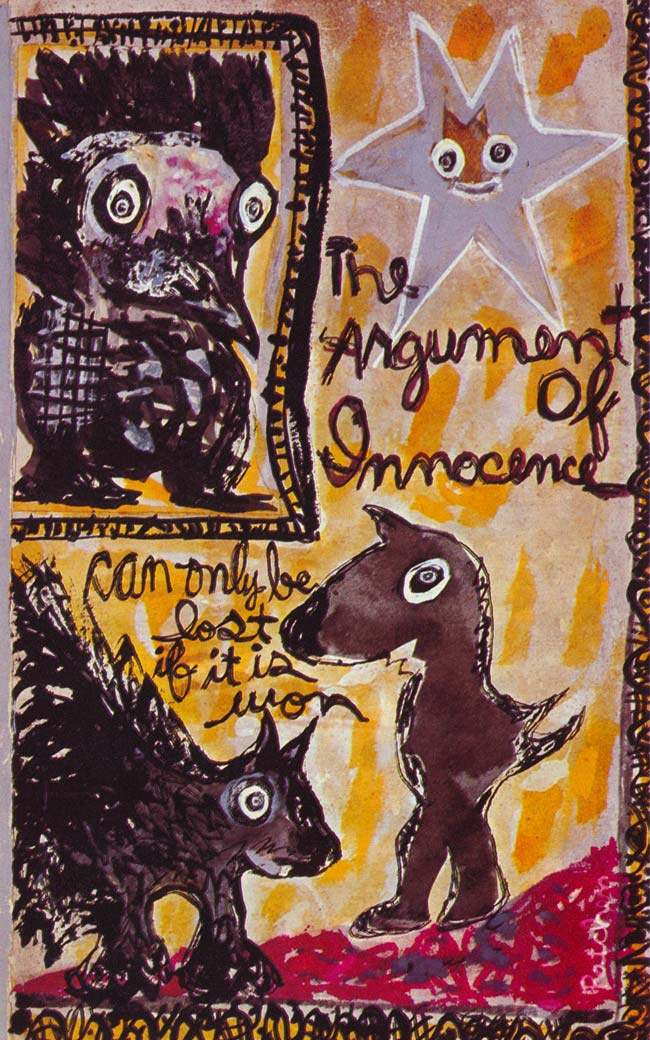 Unless, like me, you are not from New Zealand, you’ve probably never heard of the artist Colin McCahon. Regarded by many as New Zealand’s greatest painter, McCahon (1919-1987) created many works in a variety of styles, from landscapes to religious-spiritual narrative paintings, to cosmic spiritual abstractions. But it’s his strange, (mostly) religious text paintings that really stand out for me. And not surprising for someone so compelled to put many words into his paintings, he has some great titles; here are some of my favorites: