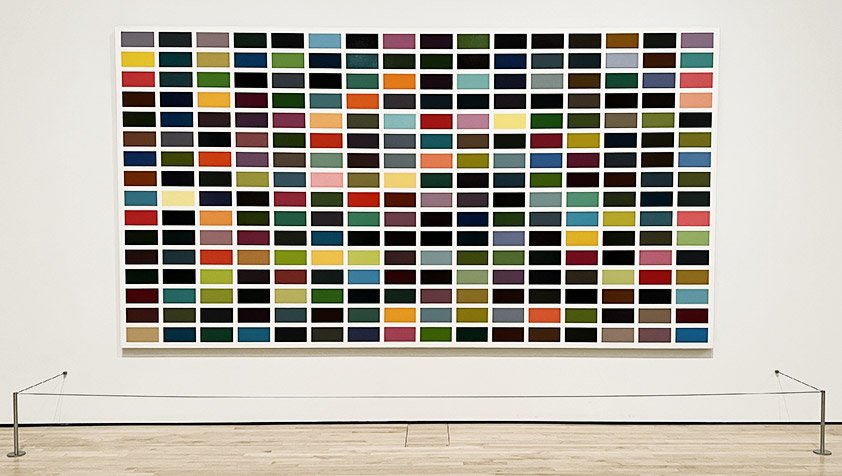 Wall paint manufacturers realize — with thousands of colors to choose from in each product line, it doesn’t make sense to give all those colors descriptive names. So, they create evocative names that evoke emotions and stories for the consumer. And this naming strategy is working, according to an article in The New York Times called, “We Call It Brown. They Call It ‘Weekend in the Country.'”

In a redoubled effort to capture consumers’ attention in this sputtering economic recovery, some paint companies are hoping to distinguish their brands with names that tell a story, summon a memory or evoke an emotion — even a dark one — as long as they result in a sale.

What they do not do is reveal the color.

“For a long time we had to connect the color name with the general color reference,” said Sue Kim, the color trend and forecast specialist for the Valspar paint company. “But now,” Ms. Kim added, “we’re exploring color names that are a representation of your lifestyle.”

Zinzin offers big kudos to the paint industry for injecting a little poetry into a consumer product category. And for not shying away from names with darker connotations and negative meanings, such as “Turbulence,” “Tornado Watch,” “Arsenic,” and even “Dead Salmon,” which is playful too, with double meaning for its British consumer base:

And then there is Dead Salmon, a taupe-like color from Farrow & Ball, the English paint company. Sarah Cole, the company’s marketing director, explained that the word “dead” in Britain means matte. Has the company considered dropping the “dead” for its American audience? No, Ms. Cole said. “It’s fun, and people pick up on it.” (The company also offers Arsenic.)

Yes, people enjoy the playfulness, and don’t actually think the paint is going to make their dining room smell like dead fish (though, depending on the hue, it may look like dead fish). The paint company Valspar employs a whole division of “colorists” whose primary job it is to name paint colors. (Again, kudos for keeping professional namers off the streets!)

Here is a description of a typical Valspar naming session that led to one of our favorite paint names in this article, “Metro at 5:”

At a recent session to name a light green color, they started with this description: “Misty green; in motion; anticipation for next stop.” She said this led to storytelling that prompted chatter about sightseeing in Europe, guidebooks and subway maps. It soon yielded a working title, to be refined at a later date: Metro at 5.

And what if the name makes no sense to the consumer?

“I am perfectly fine if a certain name gives them a perplexed, thoughtful moment,” Ms. Kim said, “if the three-second glance gets us another five seconds as they pause to think, ‘Why is that Metro at 5?’ I think that’s a good thing.”

We applaud Ms. Kim. She’s spot on! This is the first job of a great name: to make consumers slow down and pause to think. Once they’ve done that, their minds are open and receptive to your brand.

Tellingly, the article ends with some quips from a 25-year old woman shopping for paint at Home Depot. Even though she has a skeptical, sarcastic reaction to the paint names, she is prompted by one in particular, which evokes a story from her family’s past:

But she did pause at a color named Lightweight Beige, and soon she was telling a story about when her parents met. Her father told her mother that he liked her in beige, and so she swapped her once-colorful wardrobe for one that was all beige.

In 2020, leading independent home site Apartment Therapy posed the question, “How Do Paint Colors Get Their Names, Anyway?” Here’s a sample of what they found:

“With Clare, I wanted to take a different approach and really showcase the brand’s personality,” explains founder Nicole Gibbons.

“I also wanted to choose names that would really resonate and evoke emotion.” Gibbons holds brainstorming meetings with her team, pulling ideas from Beyoncé (“Blue Ivy”) to Cardi B. (“Money Moves”), to food trends (“Avocado Toast”).

“I love Nairobi Blue, which was inspired by Lupita Nyong’o’s iconic 2014 Oscars look,” she adds.

This emphasizes what guides Zinzin’s work — People are hungry for stories, emotion, and language that takes risks rather than just panders to the lowest common denominator. A great name can be as simple as a single word that paints a thousand pictures. The consumer paint industry clearly gets it, and we’re tickled pink. We hope they’re painting a bigger picture for nearly every industry out there.