A writer named Scott Allen at Mental Floss wrote a great article about The Origins of All 30 NBA Team Names. Regarding the Golden State Warriors and the Boston Celtics, Allen notes,

The Philadelphia Warriors, named after the 1920s team that played in the American Basketball League, won the championship in the inaugural 1946-47 season of the Basketball Association of America. The Warriors moved from Philadelphia to San Francisco after the 1961-62 season and retained their nickname. When the team relocated across the Bay to Oakland in 1971, they were renamed the Golden State Warriors.

Team owner Walter Brown personally chose Celtics over Whirlwinds, Olympians, and Unicorns (yes, Unicorns) as the nickname for Boston’s Basketball Association of America team in 1946. Despite the warnings of one of his publicity staffers, who told Brown, “No team with an Irish name has ever won a damned thing in Boston,” Brown liked the winning tradition of the nickname; the New York Celtics were a successful franchise during the 1920s.

With a rich history in the world of sports, nicknames give us a fun way to connect to a player or team. Zinzin believes that the best nicknames are earned…and, of course, bestowed upon someone by someone else who presumably also has some kind of earned tenure in a given sport or industry. On a practical level, nicknames give us an easy, and often times shorter, way to refer to someone. For instance, in the Bay Area and among NBA fans, everyone knows who we’re talking about when we say “Steph.” Nicknames also give us a feeling of familiarity. Calling Stephen Curry “Steph” makes us feel like we’re BFFs with him, which gives us an emotional connection too. (Steph, if you’re reading this, let’s be BFFs. You could call us “Zin,” if you want. But only you.)

We believe that the characteristics of a nickname hold true for naming a company, product, or service too. More on that later. For now, onto the fun stuff. As Zinzin likes to say, naming should be fun. And these nicknames prove it.

Definition: berserker, Norwegian berserk, Old Norse berserkr (“bearskin”), in premedieval and medieval Norse and Germanic history and folklore, a member of unruly warrior gangs that worshipped Odin, the supreme Norse deity, and attached themselves to royal and noble courts as bodyguards and shock troops. (For more about this strange Warriors mascot, check out The story of the Warriors’ Berserker, the ahead-of-his-time Bigfoot of NBA mascots) 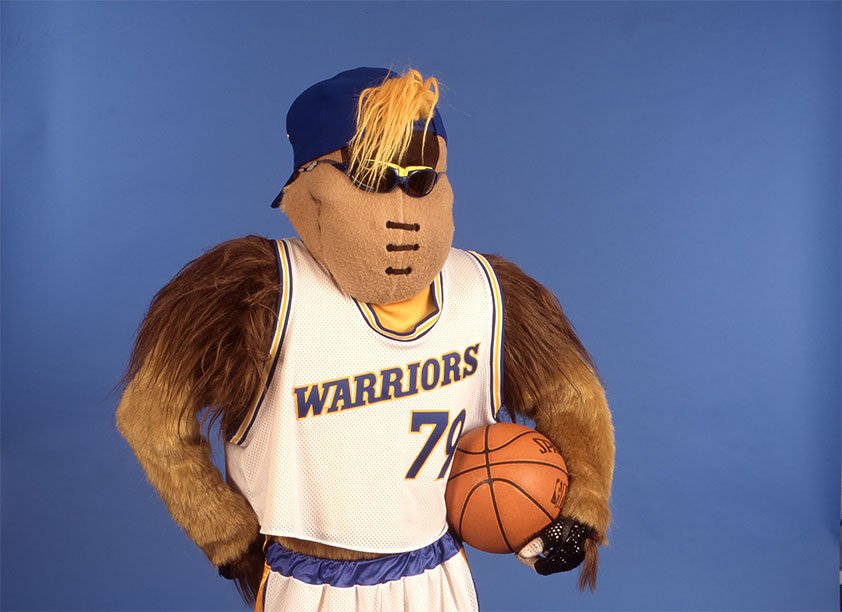 Definition: leprechaun, in Irish folklore, fairy in the form of a tiny old man often with a cocked hat and leather apron. Solitary by nature, he is said to live in remote places and to make shoes and brogues. The sound of his hammering betrays his presence. He possesses a hidden crock of gold; if captured and threatened with bodily violence, he might, if his captor keeps his eyes on him, reveal its hiding place. But usually the captor is tricked into glancing away, and the fairy vanishes. The word derives ultimately from Old Irish luchorpan, “little body.”

Zinzin for the slam dunk

* This is by no means an exhaustive list of nicknames, which also change over time. Feel free to add to this collection in the comments below.