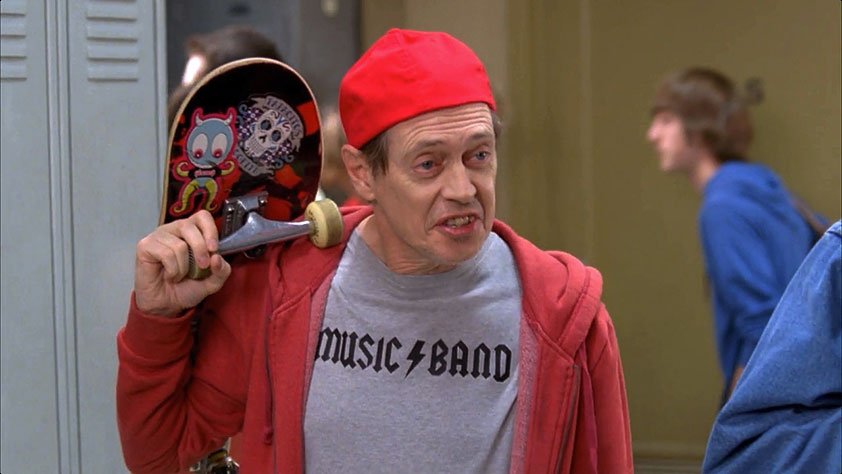 It’s not enough for brands to just control your life. They want you to know that they’re one of you, too.

The social media era has ushered in a new kind of culture commanded by Generation Z. And with it, a new class of corporate vultures desperate to keep up, swooping in to scavenge morsels of relatability. This is, of course, a game they cannot win. Companies are almost always behind the curve, and even when they get closer to the curve with especially “quirky” or “edgy” strategies, their Gen Z audience typically remains skeptical and cynical.

To be clear, we’re not declaring any of the following names and branding choices “good” or “bad” per se. Such subjective decisions are up to you, the consumer, and will vary on an individual basis. However you feel about them on a surface level, though, I hope we can all appreciate the silliness of the broader dynamic that is the corporate appropriation of “Gen Z-speak.”

As an avid gym-goer myself, I occasionally reach for a kind of supplement called pre-workout when I really need an extra boost in energy, focus, and stamina. However, my favorite part of pre-workout, even more than their effects, are their names. This topic deserves its own blog post, in fact, because they are perhaps the craziest names of any industry.

Here are two that actually inspired this very post: 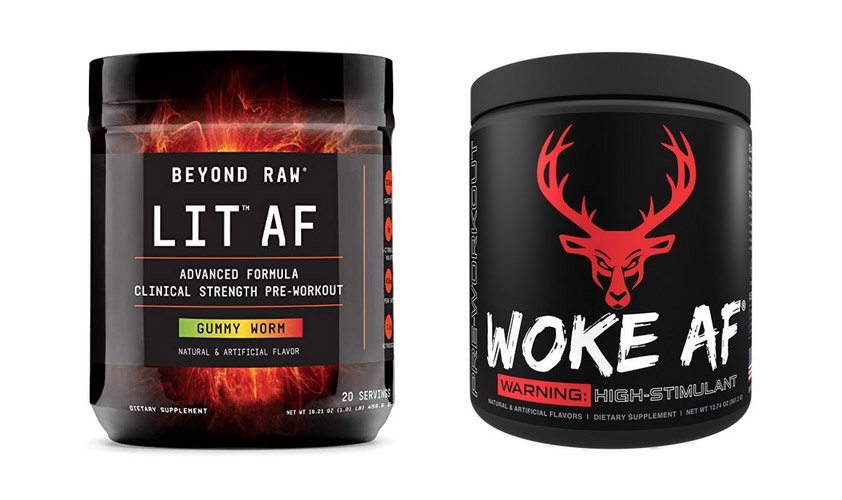 “Lit” and “woke” are certainly good feelings to have during a tough workout, when you need to muster every last bit of energy and attention to toss around heavy weights like they’re nothing. (Just don’t take these supplements anywhere near bedtime!) So these names are perfectly fine from an experiential standpoint — but you know that wasn’t the only motivation of these brands. Companies choose such names specifically because they are examples of “hip,” “relatable” Gen Z-speak. As for the meaning of “AF,” if you’re older and aren’t aware — use your imagination, or ask your hip teen, who will surely be lit to hear how woke you are.

As noted earlier, it’s up to you to decide how you feel about these names. Do you appreciate that these companies (Beyond Raw and Bucked Up, respectively) understand you and use language you like? Or do you feel repulsed that these companies are no more than shameless, corporate culture vultures? Although I believe this is a game they cannot win, individual names and branding choices will of course be received differently.

Get you a Fynd

Here is an absolute cluster bomb of Gen Z-ishness, from an ad spotted in the neighborhood around Zinzin’s office: 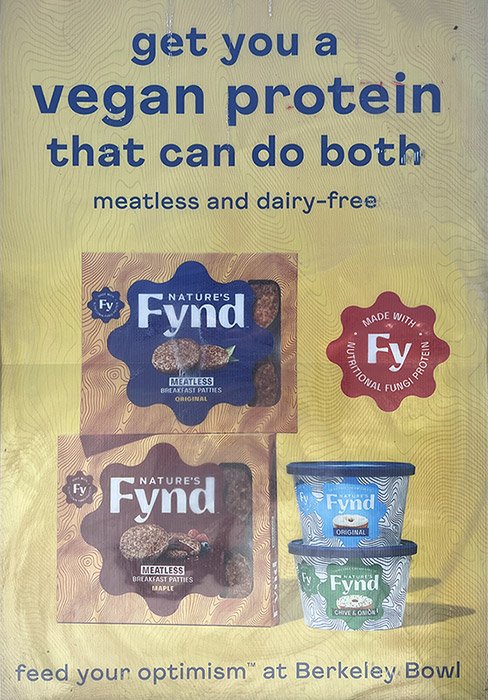 This one has it all. A name with intentional misspelling (another topic that deserves its own blog post). A tagline using popular meme-speak and stylized in lowercase. And of course, the product itself being vegan as a form of outreach to Gen Z. It’s a doozy.

The misspelling of this name isn’t completely unwarranted, admittedly, since according to the ad, “Fy” is the actual name of a fungi used in these products. So Fynd is not as bad as other misspelled names. But it’s still a misspelling of “find,” which makes it cheesy. An alternative, vegan cheesy, if you will.

The tagline is easily the silliest part here. If you’re not familiar, it’s a modification of lingo that originated on Twitter around 2016, where people post two juxtaposed pictures of themselves, mainly (although it started with celebrities) in two different outfits with the caption “Get You a Man Who Can Do Both” or “Get You a Girl Who Can Do Both.” It’s a way for people to showcase the versatility of their style and the variety in their lives.

A common iteration of a “Who Can Do Both” tweet will show someone wearing sharp work clothes in one picture, and a revealing tank top or dress in the next. It all comes down to trying to show off their sex appeal. And what screams sex appeal like vegan imitation foods? What’s more, the age of this meme lingo means people mostly use it ironically now, as is common in ever-evolving internet culture.

Yet here is a brand not only using it seriously in 2022, but doing so in a rather confusing context. Is “meatless and dairy-free” what they mean by “do both”? Because both go without saying for something that’s vegan. Or do they just mean “be fake meat patties, and also fake cream cheese”? Cool, I guess, but that’s still a pretty limited, oddly-specific line of products.

Lastly, the ad’s copy being in all lowercase is another way they are trying to be hip to Gen Z. This cue is more subtle; it’s one you might not pick up on if you’re not active on social media. A lot of younger people just prefer to not begin their sentences with a capital letter, apparently. Search “gen z lowercase speak,” for example, for a slew of articles showing it’s a real phenomenon. And Nature’s Fynd isn’t the only brand that’s taken notice and adopted this trend — even much larger corporations like McDonald’s on Twitter have forgotten how to capitalize.

Speaking of Twitter, here are two more accounts that deserve study when it comes to Gen Z craziness. Steak-umm, the product, is nothing more than frozen beef sheets. And yet, the Steak-umm Twitter feed — in all its lowercase glory — contains rants on any unrelated topic you can imagine, from cognitive biases to conspiracy theories. Brands will do anything for engagement, of course. But this is perhaps the most bizarre case of “committing to the bit” yet.

And then there’s post-bankruptcy RadioShack’s Twitter, which we won’t even dare discuss here. Click the link at your own peril.

Finally, this post wouldn’t be complete without eating some humble pie and admitting that I sort of do the very thing that I critique here, as I have recently taken charge of Zinzin’s Twitter feed and started throwing memes and other “hip” content into the mix, along with our usual articles and whatnot. (Although, I think I have more credibility to do so, as a member of Gen Z myself.) I also think we should all look inward and examine how corny and out of touch we might be, because no one is immune from the possibility of turning into the famous Steve Buscemi meme.