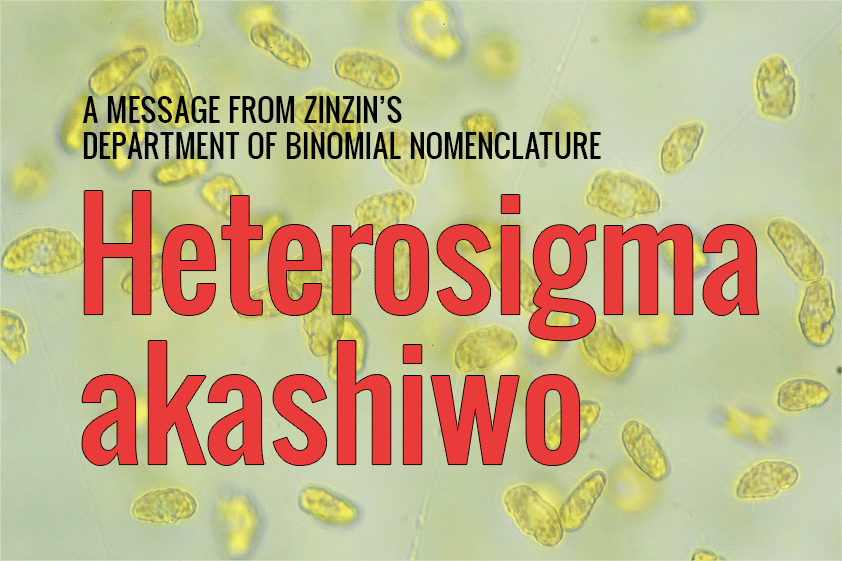 When a name catches my eye, I’m tickled pink. But this one has me seeing red.

Heterosigma akashiwo is the scientific name of marine algae that aggregates into harmful blooms, resulting in red tides. These red tides, or harmful algae blooms, are currently blooming to unprecedented levels among Bay Area waters, to the detriment of marine life and the bewilderment of scientists.

Appearing in the news throughout the summer, Heterosigma akashiwo has scientists and conservationists scrambling to learn more. Meanwhile, I scrambled to learn more about this eye-catching name that’s admittedly kinda fun to say, and how it came to be.

What are top Bay Area scientists and experts saying?

This is a very high-priority issue … It’s widely recognized that harmful algal blooms are an issue of increasing concern globally in freshwater, coastal and ocean waters. It’s a pretty acute need to figure out what are the levers we have to manage them effectively.

From a fish’s point of view, this is a wildfire in the water.

Wildfire in the water — that poetic image should make us all take notice of what’s going on here.

Well, we’re no experts behind the science of it, but let’s dive a little deeper into how this harmful algal bloom got its name: Heterosigma akashiwo.

The Convention on Biological Diversity defines taxonomy as the science of naming, describing and classifying organisms and includes all plants, animals and microorganisms of the world. In fact, the word “taxonomy” comes from Ancient Greek (taxis) “arrangement” and (-nomia) “method.”

From Egyptian wall paintings to Aristotle’s influential system of classification, taxonomy has a deeply rooted history in scientific study and record keeping. However, it’s Swedish botanist Carl Linnaeus who is considered the father of taxonomy. His revolutionary methods established a standardized binomial nomenclature, such as my current favorite, Heterosigma akashiwo. (And, yes, I own the fact that only the biggest naming nerds would have a favorite example of “binomial nomenclature.”)

The Code is amended every six years at an International Botanical Congress (IBC). The current Code, the 17th edition, results from the XIX IBC in Shenzhen in July 2017 and was published on 26 June 2018.

It seems next year (2023) will be time to amend The Code again. I find this very impressive, given that the first International Botanical Congress met in Paris in 1867! Party time, nomenclatural geeks! 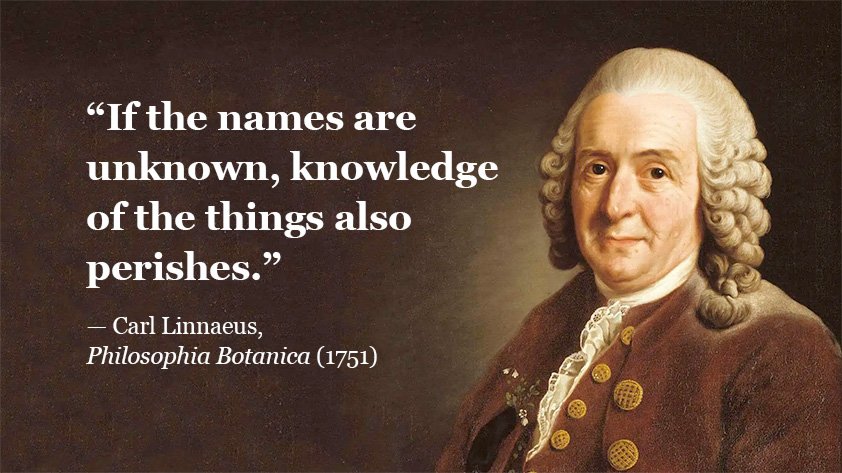 Utterly paling in naming-longevity comparison to the International Botanical Congress, Zinzin first “convened” in 2011. Although our focus is on company names and product names, we give big kudos to the scientific naming community. Carl Linnaeus, we tip our hats to you. It’s a different ballgame, but, wow, he put Zinzin’s naming process to shame. Would we hire Carl today? Absolutely. Although he’d probably better serve our local community by helping with this red tide problem.

At Zinzin, we believe that naming is a science, and for that we have a rigorous, battle-tested process in place. But we also firmly believe that naming is an art, and it is the art and poetry potential of names that separate companies from the pack of competitors who fail to understand the value of a great name. Coming up with a great name is an art, and a great naming process is a science. Science + art = the most powerful project outcome.

And speaking of poetry and Naming In The Time of Algae, there’s a Bay Area local favorite restaurant 18 miles north of Zinzin HQ that’s been very successful for many years with a highly evocative name most restaurants would drop like a dead fish, especially if presented to a naming committee during red tide fish-kills. But as we often say around here, people don’t deconstruct names literally — they can easily separate poetry from a dictionary definition. Or a beloved “Dead Fish” from a sadly run-of-the-mill dead fish: 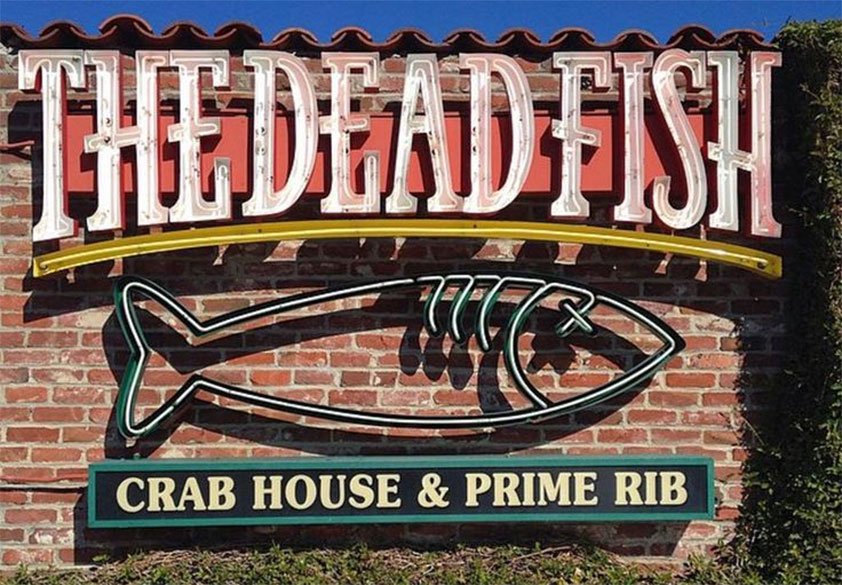 The restaurant tells a funny story of their name origin, which adds to the charm:

Who would name a restaurant “The Dead Fish”? The chef explains:

When I was a boy growing up in Italy, I loved to watch my Nonna (grandma) work in the kitchen. The catch of the day–be it calamari, crab or a variety of fresh fish–was magic in Nonna’s able hands.

Now my Nonna was a little Italian grandma with a big Italian heart. Friends, neighbors, even the local fishermen all knew, if you made your way to Nonna’s when you smelled that wonderful fish cooking, you’d be welcome to a plate.

With so many people clamoring for her cooking, Nonna couldn’t be bothered with small details. She never followed a recipe–she just stirred and sampled. And she never remembered the names of the fish she used!!

Whenever I would ask, “Nonna, what kind of fish is this?” she would shrug her shoulders and smile – “IT’S A DEAD FISH!!” Everyone laughed and had a great time.

With fond memories of my Nonna, I welcome you to THE DEAD FISH.

Although it’s outside of our usual naming realm, Heterosigma akashiwo is one that caught our eye. Unfortunately, this red tide is also killing massive numbers of fish and is potentially harmful to the wider community.

If you live in the Bay Area, you can help!

If you observe dead fish while navigating the Bay’s waters or traversing its shoreline, upload photo(s) and add relevant information about what you observe. Please contribute to this regional effort. Thank you!

Hopefully, soon we’ll be able to go back to thinking more about The Dead Fish rather than fish mortality.