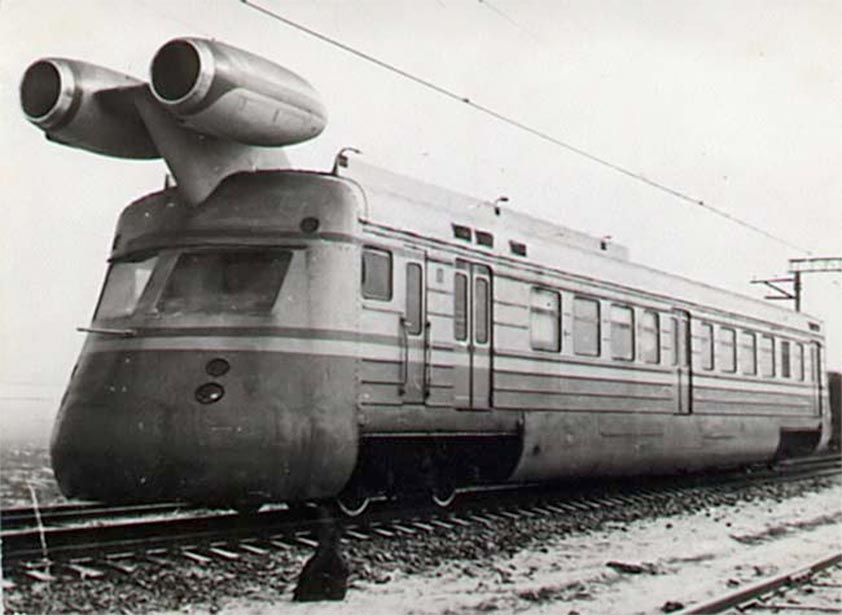 The sketch even anticipates the video conference era to come years later when Covid-19 became the new anthrax. If you’ve ever been involved in “quasi-governmental corporation” naming or branding — on either the agency (Nomeometrix!) or client side — you might experience a little post-traumatic stress disorder when you hear this. Enjoy (or weep).

Zinzin decided to hop on board this naming train and ride it a little further. Let’s briefly explore the origin of Amtrak (spoiler: real “emergency renominalization”). Then we looked at some railroad nicknames just for fun.

All aboard! How Amtrak got its name

In 1970, the U.S. Congress passed the Rail Passenger Service Act, which President Richard Nixon signed into law. Soon thereafter, the National Railroad Passenger Corporation (NRPC) was born. Originally, Railpax was the working brand name for the NRPC. It came from the telegraphers code name for “railroad passenger.” However, a few weeks before operations officially began in May 1971, the name was changed to Amtrak, a blend of the words “American” and “track.”

Surprisingly, even in April 1971 (mere weeks prior to renaming to Amtrak), The New York Times featured an article titled, “Railpax Plans Innovations To Win Back Passengers.” In regards to why changes needed to happen in the world of train travel, the article goes on to state:

But it is generally agreed that the corporation’s marketing efforts face a formidable task in erasing a public regard of American trains as dirty, slow and undependable.

“It appears that the present intensely negative attitudes towards trains and railroads would result in a predisposition to view negatively any steelwheel on steel‐rail system.” The consultant, National Analysts, Inc., added: “The image of rail travel was dominated by associations of dirtiness.”

The corporation has inherited costly union work rules that, for decades, railroads cited as a major cause of their inability to make money on passenger business.

And, as Railpax strives to give itself a bright new image and erase the poor reputation of passenger trains in the past, it will have relatively little control over one of the major factors that affects its operations—the people who run the railroads.

Nicknames for people who run the railroads

Despite the innovations the NRPC proposed to make train travel more appealing (i.e. entertainment cars, hot meals, lounges,) it sounds like they were still concerned about its “little control” over the people who actually run the railroads.

On Southern California Live Steamers, we found a great list of nicknames for various railroad jobs:

Baby Lifter: Brakeman. Maybe he helped carry babies on the train for their mothers? Not sure how that nickname got started.

Bakehead: Nickname for the Fireman, because his head was so close to the fire box while he was shoveling coal.

Boomer: Itinerant railroad workers, always moving from one location to another.

The Brains: The Conductor.

Carman: A person trained in the craft of inspecting and repairing railroad cars.

Conductor: Traditionally, the railroad employee who walked up and down the aisles of the passenger cars taking tickets, etc. This term was sometimes teasingly used on Brakemen who had pencils sticking out of their pockets.

Dead Head: A railroad employee traveling on a pass.

Flagman: The rear brakeman. To be a Flagman, the brakeman had to know how to read, so he could understand train orders, which from time to time would be changed en route. Most Flagmen were proud of the fact that they were Flagmen, which set them above their fellow brakemen that could not read.

Foamers: Name given by train crews for people who gathered along the railroad tracks to watch and wave at trains.

Gandy Dancer: Name give to a railroad track worker. The name came from the Gandy Manufacturing Company in the 1800s that made a lot of track tools.

Hoghead or Hogger: A railroad engineer (locomotives were nicknamed “Hogs”).

Old Head: Someone who does his job well.

Spotter: A company employee charged with spying on other employees, especially in the old days when a conductor would collect cash fares from passengers and sometimes did not turn in all the receipts to the company at the end of the trip.

As we bring this blog post into the station, Zinzin wishes we could go back in time and hire a “Bull” to find out which “Brass Hats” at the NRPC insisted on the name change, and how they changed it so quickly. We wonder if that meeting sounded anything like Harry Shearer’s most perfect sketch. (The sketch is playable from the audio link above, if you missed it!)

And for all you agency-namers and client-side marketing folks out there, when was the last time you enjoyed naming? Remember, naming should be fun! But that doesn’t mean it always is. We’ll leave you with this parting thought from Zinzin’s Naming & Branding Manifesto:

Misery is No Mother.

Just because naming should be fun, doesn’t mean it always is. But it’s important that you have an open mind and allow yourself to be alive to the possibilities of what a name can do. You have to set a positive tone for this exercise right from the start – if you’re stuck in a miserable naming rut and the experience seems like torture, realize that you are doing something wrong, and change your approach. Companies and products are not born from misery or ennui, and neither are the best names.

Backing up the train theme: What do a raccoon, a railway line, a despised nickname, and a small Texas town have in common? Frisco: a name origin story that’ll blow your stack.