When Zinzin gets hold of a name that intrigues us, we go all in. We dig into its past, present, and ponder its future.

Here’s a name that got our wheels spinning: “Frisco.” At first, we only thought it was a nickname that tourists sometimes use for our fair city of San Francisco, apparently cringe-worthy to the ears of  all “real” San Franciscans. However, when Zinzin learned about it’s 165-year-old storied and controversial origin, let’s just say the namer-train left the station.

Birth of a city

Love it or hate it, Frisco is a nickname that’s rooted in the city’s history. In 1776, Spanish colonists established a mission named Francisco after Francis of Assisi (Latin Franciscus Assisiensis) that became the original location of the city by the Bay we know today. Indeed, Frisco is a shortened version of the Spanish name Francisco.

In 1848, gold appeared in the California foothills. Soon after, San Francisco became the primary port and lawless epicenter of the Gold Rush. People poured in, and the city became a wild port of prostitution, gambling, saloons, and tent-shanties. Some believe port workers used the name “Frisco,” thereby making it a “working man’s word.”

By the late 1800s, construction began on the Central Pacific Railroad to connect San Francisco to the eastern United States. Construction also began on another railway line, “the Frisco,” which was the nickname for the St. Louis – San Francisco Railway line that, misnomerly, actually never traveled near San Francisco.

Here is a great story of the origins of the name and logo of the Frisco Railroad. It’s a railroad that operated in the Midwest and South Central U.S. from 1876 to 1980. This fascinating excerpt is from 100 Years of Service, a booklet produced by the railroad in 1960 on the occasion of its centennial:

(The original coon skin, from which the emblem was visualized, is now in a frame in the General Office Building in St. Louis, Missouri.) 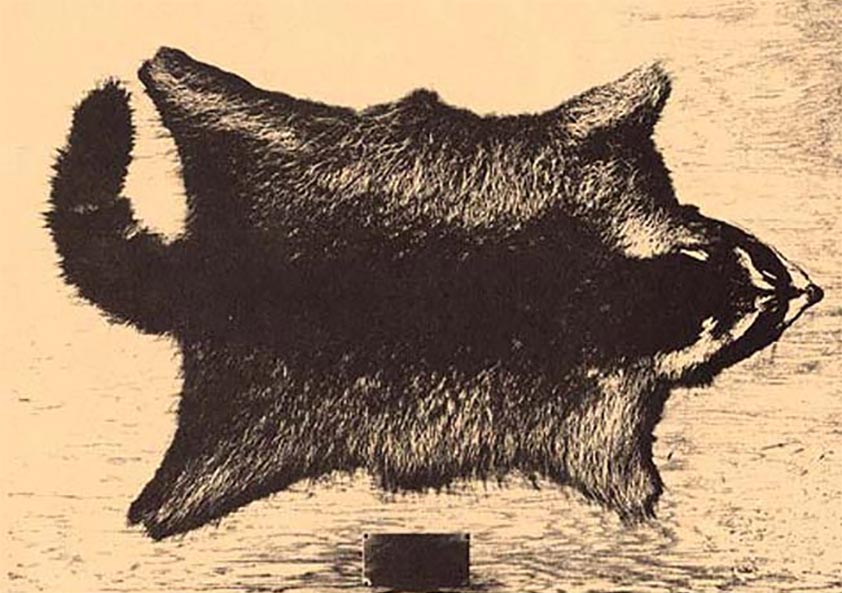 Frisco: love it or hate it?

Now that we know more about the origins of the nickname “Frisco,” let’s briefly explore why there are such strong feelings about this name, especially in the Bay Area.

A 2017 article in SF Gate called “Why do some hate the nickname ‘Frisco’?” offers one explanation:

Author Charles Fracchia, the founder of the San Francisco Museum and Historical Society, tells me nobody knows exactly where the word originated, but he thinks Frisco got its start in the late 1800s — potentially from some drunkard making a contraction out of San Francisco.

He thinks one of the first written uses was maybe on some sheet music, like this example from 1897. Other people say it may have come earlier, perhaps during the Gold Rush.

Frisco’s use was probably in its heyday when the ports were strong here, around the time of World War II in the 1940s.

And this is a great article on Mother Jones called “Why San Francisco’s “Frisco” Debate Will Never, Ever Die: A history of the nickname that’s been driving a proud city nuts for over a century.” Here, they cover Herb Caen’s own conflicted relationship with the nickname:

Legendary San Francisco columnist Herb Caen had an odd relationship with “Frisco.” In 1941, he insisted that “It makes you feel good all over once in a while to say ‘Frisco’ right out loud.” Then in 1953 he wrote a book called Don’t Call it Frisco. He flipped-flopped a lot. In 1993, the three-dot scribe praised “the F word” as “a salty nickname, redolent of the days when we had a bustling waterfront.” Yet in another column that year, Caen observed, “I no longer hear people say either ‘Frisco’ or, in automatic reproof, ‘Don’t call it Frisco.’ An ominous sign…” But then: “Adolescence is believing that ‘Frisco’ is a racy nickname for a city; senility is automatically saying ‘Don’t call it Frisco’; maturity is figuring it doesn’t matter all that much…”

Zinzin also appreciates the article’s mention of a Buzzfeed post, 17 Reasons Why It’s Okay To Call It Frisco (San Fran is still strictly forbidden), along with this 2016 sentiment:

A digital media company valued at $1.5 billion encourages San Franciscans to “reclaim ‘Frisco'” to honor “the vital blue collar core of our city” and because it “pisses off tech bros.”

Six years after the debut of the song “Lonesome Frisco Line,” a western film called “Frisco Kid” hit theaters in 1935. Starring James Cagney and Margaret Lindsay, it takes place in San Francisco in the 1850s. It tracks the rise and fall of a sailor who achieves wealth and success on San Francisco’s Barbary Coast.

While the railroad itself may be gone, the name and logo live on in the town of Frisco, Texas. It’s a rapidly growing suburb 30 miles north of Dallas, named after the railroad that birthed it long ago: 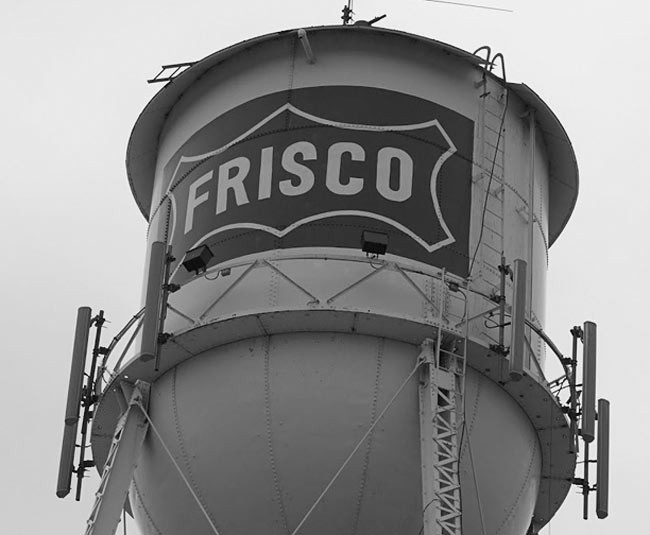 Along with the bigger Frisco in Texas, there’s also a smaller municipality called Frisco, Colorado near Breckenridge. It’s a classic mountain town called “Mainstreet of the Rockies” due to it’s historic downtown and opportunities for outdoor adventure.

About the origins of the town’s name, it seems the debate is alive and well. According to our friends at Wikipedia, this town wasn’t named after San Francisco:

Frisco was founded by Henry Recen, in 1873, and was built because of the Colorado Silver Boom, which began in 1879. Frisco was incorporated in 1880. The town’s name does not come from the popular nickname for the city of San Francisco, California, but is rather named after the popular Frisco Lines Railroad in hopes of it bringing the rail line to the town.

However, Zinzin dug up a little more history behind Frisco, CO. We found a 2003 article in The Summit Daily that offers a different take on the origin of the town’s name:

“It was [Henry Recen’s] cabin where the Indian scout passing through carved the words ‘Frisco City,’ [local author-historian] said, adding that where the name Frisco came from is a matter of debate. According to the Recen family, the name “Frisco” was a joke related to San Francisco, said Sharon Recen, wife of Henry F. Sharon never had the chance to meet Henry Sr., but she remembers his sons; Henry A. Recen Jr. and Albert Recen.”

Digging even deeper into “Frisco” via the Oxford English Dictionary (OED), Zinzin discovered that it’s also a great, old, obsolete English word meaning, “A brisk movement in dancing; a caper.” Here are the only usage examples given by the OED:

Pulling into the station

We know the power of a good name, but we’re amazed how Frisco is frought with fracas. We’re also amazed to discover how an iconic logo shape came from a stretched raccoon skin discovered by chance on a railroad journey. It’s a great example of how you never know exactly when and where inspiration will strike. It also shows how something that might appear to be “throwaway” or even actively marring your brand presentation might lead to important discoveries. And like all great brands, this one keeps on giving, long after its “death.”

Zinzin is certain the debate will continue. But however you feel about “Frisco” — love it or hate it — consider all the ways it’s rooted firmly in the city’s history. It’s always important to remember where a name’s been and how it influences us today. Most importantly, a great name, or even nickname, always supports a brand position.

Ok, now it’s time for Zinzin to hop off. We hope you enjoyed the ride.

NOTE: This is an updated version of a post Zinzin originally published in 2012, hence the comments below ranging from 2013-2020. Feel free to add to them!