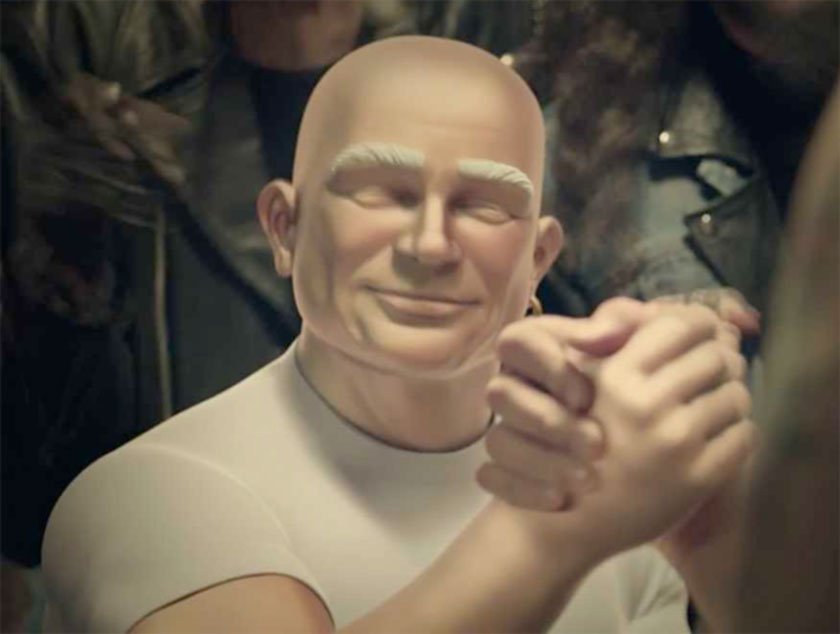 A Cleaning Solution: “Mr. Clean was created by Linwood Burton, a marine ship cleaning businessman with accounts throughout the east coast of the United States. In the past, ships had to be cleaned using abrasives or solvents that were able to cut successfully through embedded grease and grime; however, past solvents were so dangerous to workers that Burton was motivated to finding a solution that was effective and less caustic. Burton, with fundamental knowledge in chemistry, developed Mr. Clean in an effort to clean ships without having to pay significant premiums in disability claims for his workers. He later sold the product to Procter & Gamble in 1958.” (SOURCE: Wikipedia-Mr.Clean)

Birth Of A Mascot: “The product’s mascot is the character Mr. Clean. In 1957, Harry Barnhart conceived the idea and Ernie Allen in the art department at the advertising agency Tatham-Laird & Kudner in Chicago, Illinois, drew Mr. Clean as a muscular, tanned, bald man who cleans things very well.” (SOURCE: Wikipedia-Mr.Clean)

Cultural Precursor: It would appear that Mr.Barnhart and Mr. Allen’s 1957 conception of a “muscular, tanned, bald man” standing arms akimbo might have been influenced by Yul Brynner’s character of The King from Rodgers and Hammerstein 1951 production of The King and I, which was based on the 1944 novel Anna and the King of Siam by Margaret Landon. Which was in turn derived from the memoirs of Anna Leonowens, governess to the children of the actual fourth monarch of Siam, King Mongkut — AKA Phra Bat Somdet Phra Poramenthra Maha Mongkut Phra Chom Klao Chao Yu Hua — in the early 1860s.

Make A Wish: “According to Procter & Gamble, the original model for the image of Mr. Clean was a United States Navy sailor from the city of Pensacola, Florida, although some people may think he is a genie based on his earring, folded arms, and tendency to appear magically at the appropriate time. Hal Mason, the head animator at Cascade Pictures in Hollywood, California modified the existing artwork in print advertising to be more readily used for the television commercials written, produced, and directed by Thomas Scott Cadden. The first actor to portray Mr. Clean in live action television commercials was House Peters, Jr.” (SOURCE: Wikipedia-Mr.Clean)

Just One Word–Plastics: The Graduate by Charles Webb was published in 1963. That summer Mr. Clean became the first liquid household cleaner sold in a plastic bottle. Coincidence? Or conspiracy Hmm…

Jingle: Original lyrics by Thomas Scott Cadden
Mr. Clean gets rid of dirt and grime
And grease in just a minute
Mr. Clean will clean your whole house
And everything that’s in it
(SOURCE: Wikipedia-Mr.Clean)