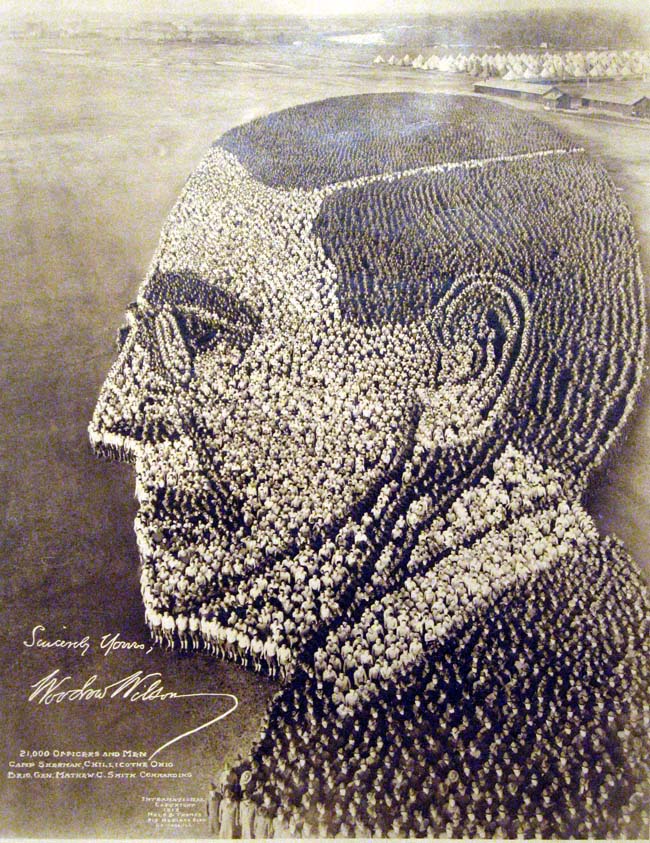 Arthur Samuel Mole and his partner John D. Thomas were commercial photographers who made a mark for themselves during World War I by creating a series of “living photographs.” These original “crowdsourced” images required tens of thousands of soldiers arranged to form massive compositions that when photographed from an 80-foot viewing tower revealed various patriotic images. Images includes the American eagle, the Liberty Bell, the Statue of Liberty, the U.S. Army Shield and, as seen here, President Woodrow Wilson. The Carl Hammer Gallery in Chicago has a nice set of Mole & Thomas’ work online including a pretty incredible print of “The Living Uncle Sam” from 1919. While there, check out the marvelous text paintings of Jesse Howard.