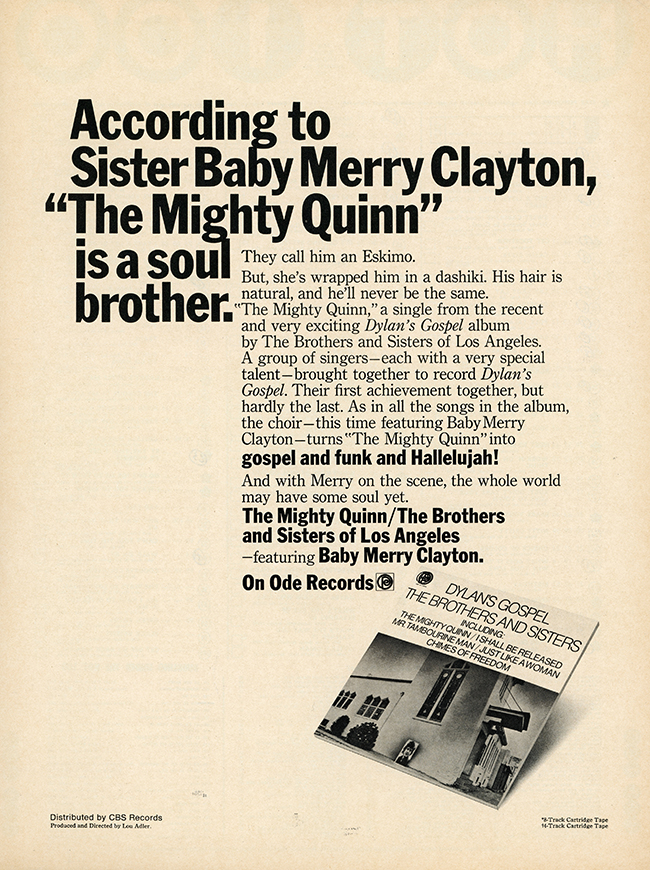 At one point in the interview, Tudor Jones had this to say about the power of having a great brand name:

If you said to me what part of our success is due to our name, I’d say it’s a big part of it ’cause it’s a great name, right? It says everything.

It does indeed “say everything,” but not in the usual, descriptive way. Instead, the name tells a great story, tapping into the Robin Hood mythos of “robbing from the rich to give to the poor,” updated for the 21st century. The way The Robin Hood Foundation pulls off this feat is very smart, and well-told in the 60 Minutes piece.

It is refreshing to hear a successful business leader, let alone a billionaire, acknowledge that success in business is not merely the result of a great product, vision, or  founder’s genius. That having the right name can make all the difference in the world between achieving average results or phenomenal success.

Or, what do an 18th Century English antiquarian, an early 20th Century Indiana lawyer, Adlai Stevenson, Commander Spock and an obscure 1970s singer have in common?

Apologies for invoking the faddish Doge meme in the title of this piece, but it seemed oddly and counter-intuitively appropriate for a discussion of desiderata, a strange English word from from the Latin desideratum (plural desiderata), meaning: something that is wished for, or considered desirable. According to the OED, the first appearance of the word “desiderata” in the English language was in 1651 in the religious treatise Act of Oblivion, by English theologian Nathanael Culverwell. Culverwell employs a “book of life” metaphor for good Christians achieving the perfection of divine grace (emphasis mine):

Whereas a Christian’s life shall be set out in a new edition; for all errata shall be corrected. Every iniquity shall be blotted out, and all desiderata shall be supplied; the book shall become perfect, and be looked on as a fair object to all eternity

This is basically the same sentiment that returns nearly three hundred years later in the song “When You Wish upon a Star,” written by Leigh Harline and Ned Washington for Walt Disney’s 1940 adaptation of Pinocchio:

But let’s back up a bit. Francis Peck (1692–1743) was an English antiquary who published the book pictured above, Desiderata Curiosa, in 1779. An “antiquary” is itself a nice piece of antiquarian language, defined by Wikipedia like this: END_OF_DOCUMENT_TOKEN_TO_BE_REPLACED

Dutch artist Berndnaut Smilde creates strikingly beautiful, fluffy clouds indoors. These luminous, ephemeral ghosts of vapor float through interior spaces for a few fleeting moments before literally vanishing into “thin” air. Smilde has received a lot of press for these works, but he has an extensive body of very interesting work beyond the “cloud projects,” which you can see on his website, which is linked below, along with a number of articles about the cloud works.

Here is a nice video where Smilde discusses his clouds and you can see them in motion:

For more on Smilde and the cloud projects, see:

In a recent issue of The New Yorker, a Goings On listing written by Richard Brody noted that the Museum of the Moving Image was screening the Jerry Lewis film, The Ladies Man. In the movie, Lewis plays Herbert H. Heebert, “a high-strung and wounded young man who seeks a secular sanctuary from sex and ends up in Hollywood, as a handyman in a women’s boarding house.” Brody goes on to write, “The house where Herbert lives and works is one of the greatest and most influential sets of all time,” which got me thinking about where else have I seen this “colossal dollhouse-like cutaway” approach before and, for that matter, since.

A recent example of an epic “dollhouse effect” is Wes Anderson’s set piece for The Life Aquatic with Steve Zissou, which featured a fantastic cutaway/bisected research vessel dubbed the Belafonte. The Belafonte, complete with mini-sub and helicopter, is of course a loving homage to oceanographer Jacques Cousteau’s vessel, the Calypso. And yes, Harry Belafonte played calypso music on an album called Calypso. Seu Jorge, on the other hand, is a Brazilian Samba musician and the Belafonte’s resident recording artist who performs haunting David Bowie covers at intervals throughout the film. But I digress. The point is, after doing a little research on the making of the Belafonte set I stumbled upon Anthony Balducci’s blog, which itemizes a half-dozen examples of this visual trope, which apparently has been around for at leat 95 years.

Here are some examples, traveling back in time from the present: