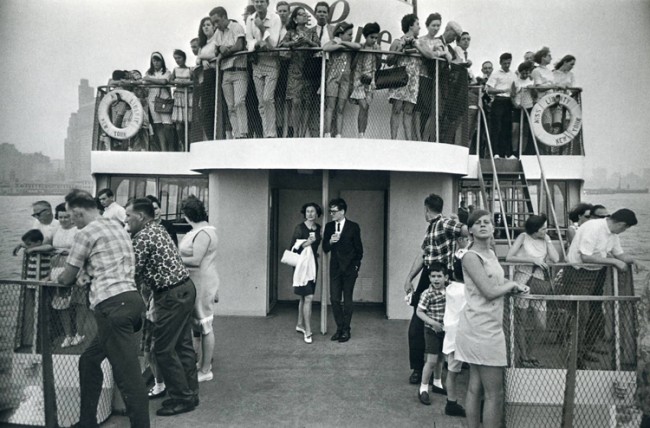 Save this date: March 09, 2013. We are happy to learn that the San Francisco Museum of Art will be launching a major Garry Winogrand retrospective next year. Winogrand’s work has been the subject of several posts here recently, including a reflection on his last retrospective in Los Angeles 25 years ago and an incredible interview. We can hardly wait to see how SFMOMA & Leo Rubinfien curates Winogrand’s “prodigious body” of work. Here is the announcement from the SFMOMA website:

This retrospective, organized by SFMOMA under the direction of photographer and writer Leo Rubinfien, is the first major touring exhibition and catalogue in 25 years dedicated to the work of (1928-1984). Despite being widely recognized as one of the preeminent American photographers of the 20th century, Winogrand has to date been inadequately published and incompletely explored by critics and art historians. Postponing the editing of his prodigious body of work and then coming abruptly to the end of his life, he completed only five modest books, which contain just a fraction of his total work and merely suggest his great importance to the history of photography. The curatorial research undertaken for this project has made possible the first exhibition and catalogue that reveal to the public the full breadth of Winogrand’s oeuvre — a jubilant, epic portrait of America that is Whitmanesque in its ambition to encompass the whole of the nation’s life. One of the principal artists in any medium of the eruptive 1960s, Winogrand combines a sense of the hope and buoyancy of American life after World War II with a powerful anxiety, presenting America shining with possibility while also threatening to spin out of control.