Google has its eyes on you. Notes Wikipedia: “Google Street View is a technology featured in Google Maps and Google Earth that provides panoramic views from various positions along many streets in the world. It was launched on May 25, 2007, originally only in several cities in the United States, and has since gradually expanded to include more cities and rural areas worldwide.”

Google must employ an army of Street View photographers worldwide, and they drive seemingly everywhere on earth taking pictures of anything and everything that appears in front of their nine-lensed cameras. Artist Jon Rafman has posted a selection of amazing Google Street View photographs on his Tumblr site 9-eyes. The collage below is just a taste — visit Rafman’s site to see them in all their glory. 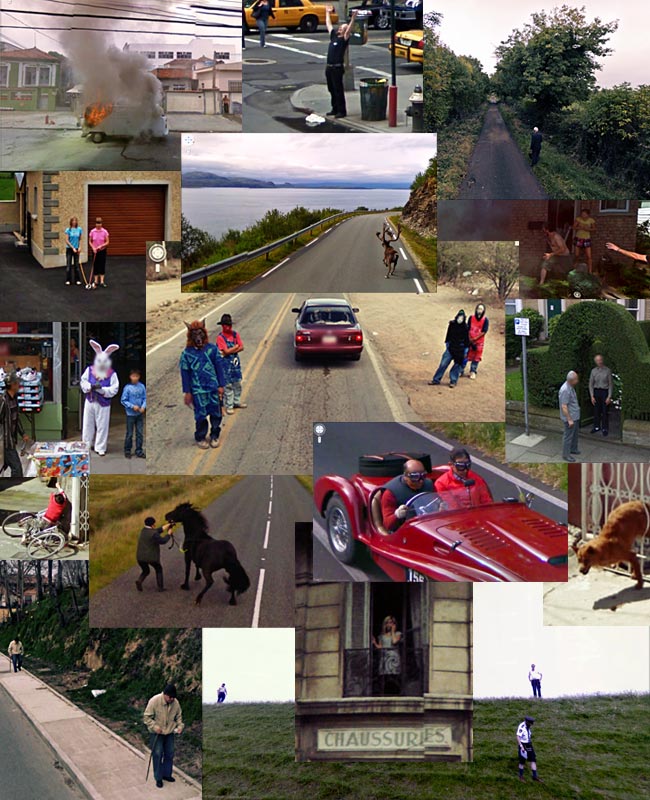