Kurt Schwitters (1887 – 1948) was a German artist who “worked in several genres and media, including Dada, Constructivism, Surrealism, poetry, sound, painting, sculpture, graphic design, typography and what came to be known as installation art. He is most famous for his collages, called Merz Pictures.”

Schwitters fled Nazi Germany in January, 1937. He went first to Norway and finally to England, where he remained in exile until his death in 1948. His collage work often included found fragments of commercially printed text, and his move from Germany to England precipitated a corresponding shift to English language found text in his collages, as seen in Cottage, from 1946, above.

A Cottage industry in found poetry

Just for fun, I’ve put together a found poem using most of the legible scraps of English in Cottage. In rough order of appearance from top to bottom, here’s “Schwitters’ Cottage,” the poem:

up supplies of
he stopping-plac
on and Singapore is
popularity of Tennant
K BREWERY, GLASGO

Now it’s time to go tripping down to Tangent Town. Let’s follow some of Schwitters’ found text appearing in Cottage to see where it leads us:

The title is taken from the scrap of a product label for “COTTAGE BABY WOOL (Non-Shrink).” It this wool for human babies, or wool made from baby sheep, I wonder? I could find nothing about this brand online, only myriad images of country cottages and cottage cheese. Let this be a lesson when naming your brand! Make sure the name is distinctive, and doesn’t disappear online through confusion with a generic word.

“Just six days had elapsed since Montgomery had heard…”

I could find no reference to this exact passage, though it is most likely about the famous WWII general Bernard Montgomery, 1st Viscount Montgomery of Alamein. “Alamein” refers to The Second Battle of El Alamein, which “took place over 13 days from 23 October – 4 November 1942 near the Egyptian coastal city of El Alamein, and the Allies’ victory marked a major turning point in the Western Desert Campaign of the Second World War.” 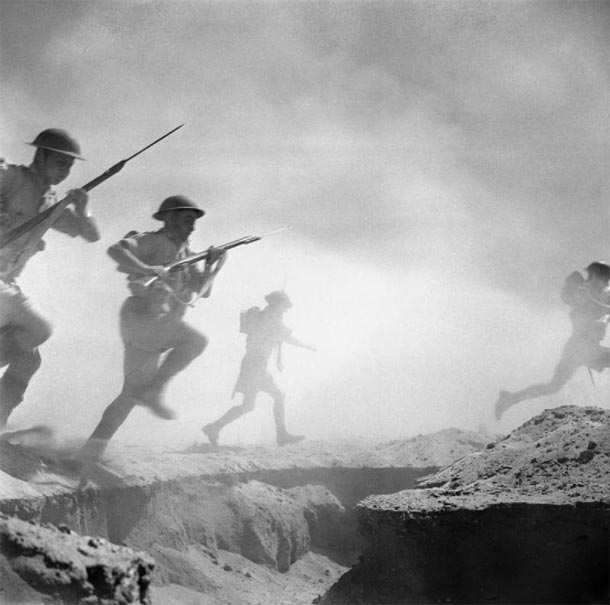 The complete place name in the scrap of postcard is the St. Ninian’s Kirk (“Church”). “Stonehouse is a rural village in South Lanarkshire, Scotland…. The village’s oldest structure are the ruins of St Ninian’s Church, which date from the 17th century and stand in an ancient graveyard on the edge of the village.”

Who was St. Ninian, you ask? 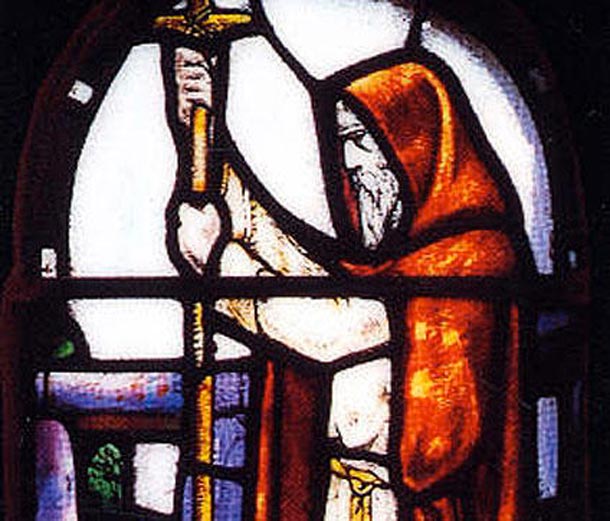 St. Ninian (traditionally 4th-5th century) is a Christian saint first mentioned in the 8th century as being an early missionary among the Pictish peoples of what is now Scotland.

…In Scotland, Ninian is also known as Ringan, and as Trynnian in Northern England. Ninian’s major shrine was at Whithorn in Wigtownshire, where he is associated with the Candida Casa (Latin for ‘White House’). Nothing is known about his teachings, and there is no unchallenged authority for information about his life, although it is accepted that Christianity originally reached Ireland from Scotland, from which Saint Columba hailed, making Ninian the grandfather of Christianity in Scotland and more important figure in Scottish ecclesiastical history – and arguably a far better candidate for Patron Saint than Saint Andrew. A link between the Ninian of tradition and a person who actually appears in the historical record is not yet confirmed, though Finnian of Moville has gained traction as a leading candidate.

Boots Old English Lavender Shaving Stick: Boots is still a UK health and beauty brand, with a logo that is pretty much unchanged since the 1940s:

However, they no longer appear to be selling “shaving sticks,” lavender or otherwise. The brand named “Boots,” unlike “Cottage Baby Wool,” is findable online. A rare example for a common word with a different, descriptive meaning, and no easy task to pull off. Cool logo too.

Schwitters was, of course, making visual aesthetic decisions when creating his collages. But he was also piecing together fragments of languages. These fragments are now preserved for posterity to decode and reassemble as we see fit. Here we are taking the Dada and re-Dada-ing it. Doubling-down on the Dada.

Diving into the language of this Schwitters Cottage-collage has lead us to “Cottage Baby Wool,” which became the title. Then on too “Montgomery” and the “Second Battle of El Alamein.” Where “Boots”-wearing soldiers may have mused on “St. Ninian” and his “Kirk.” Which would naturally lead anyone to “Candida Casa” — the original “White House”?

Thus, even a piece of trash with a few fragments of text can become a gift poem to the future. A Dead Sea Scrolls or Mayan Codex remnant of our commercial civilization.

Schwitters gets it — these Boots are made for talkin’.