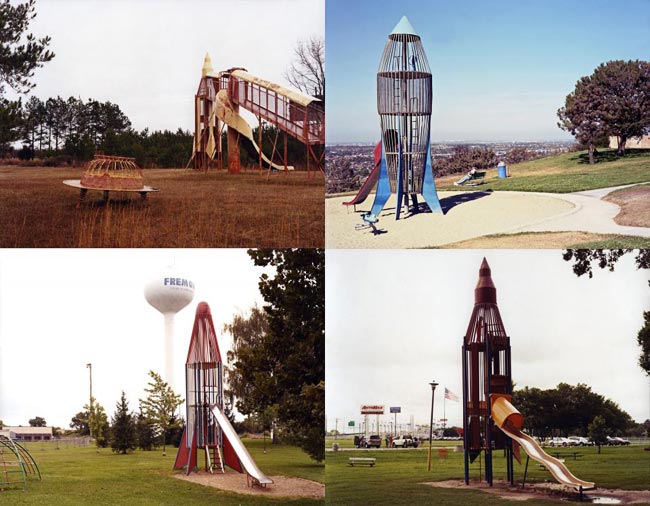 Kids: such structures come from a bygone era before playgrounds were scientifically designed and tested until they became impossible to hurt yourself on. In other words, they were dangerous, just like Cold War geopolitics. Duck and cover.