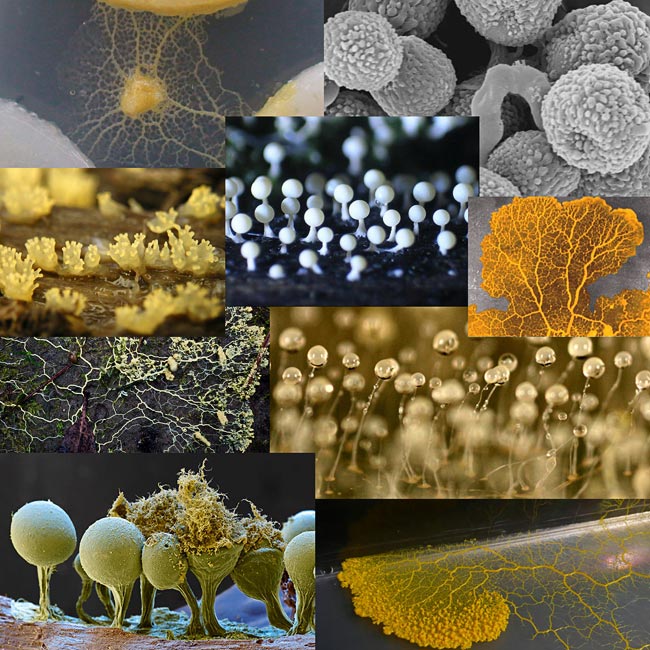 An article in yesterday’s New York Times Sunday Review, The Wisdom of Slime, by Andrew Adamatzky and Andrew Ilachinski, asks, “Would America’s highway system be better if it had been designed by mold?” The article discusses some of the latest scientific research into the lowly slime-mold, a creature with no brain that nevertheless possesses a sophisticated intelligence. Here are some excerpts to whet your whistle:

An interesting fact about this slime mold is that it is highly intelligent — or at least it behaves as if it is. In locating food in its environment, it builds networks that have been shown to be optimally efficient in transporting the nutrients over the area in question. If placed in a maze, for instance, with a source of food outside the maze, the slime mold will discover the shortest path out.

The Japanese researcher Toshiyuki Nakagaki and his colleagues have demonstrated that the slime mold’s foraging behavior can be used to perform sophisticated computations, as long as the problems are represented spatially. Problems solved by the slime mold include not only the shortest path out of a maze, but also other complex mathematical challenges (like creating a Voronoi diagram and a Delaunay triangulation).

Despite its ability to solve an array of problems, the slime mold was designed by evolution to solve just one problem: how to build an optimal transport network (for its nutrients).

… What did the resulting network look like? It looked remarkably like the United States interstate highway system.

… For all of these countries, we found that the slime mold network matched, at least partly, the network of human-made transport systems, though the closeness of fit varied from country to country. The United States highway system, for instance, is less slime-mold-like than that of Canada.

That’s right, slime molds build their networks at least as intelligently as humans build interstate highway networks. And, as the images above attest, they can be quite beautiful in their slimy moldishness. The only major question left unanswered is, What kind of music do slime molds like to listen to while traveling along their slimy Route 66s?