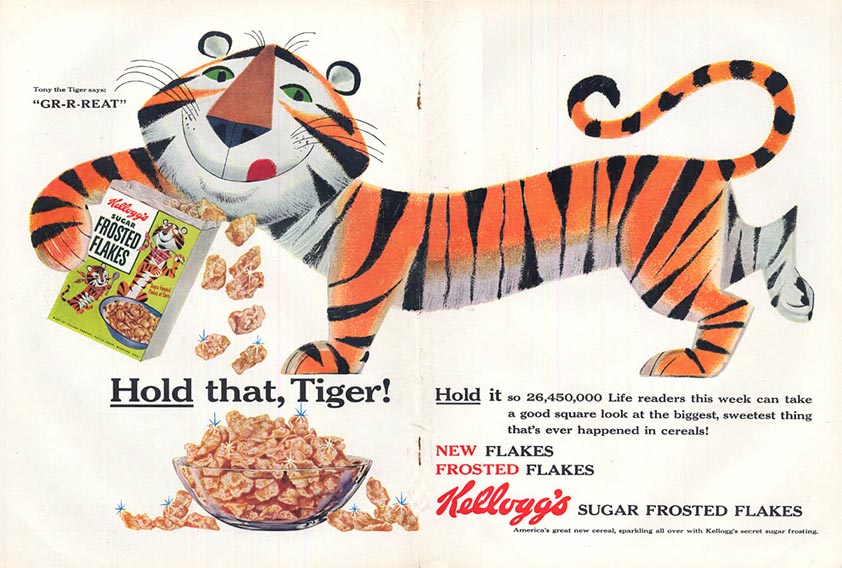 A brief history of Tony

In 1953, Kellogg’s advertising agency further developed Tony with a four color spread in the August issue of Life magazine. His career since would be the envy of any human star. Various animation studios draw Tony, with the majority of the work being handled by Hanna-Barbera. (via Tony the Tiger)

The voice of Tony

Thurl Arthur Ravenscroft was an American voice actor and singer best known as the deep voice behind Tony the Tiger’s “They’re grrreat!” in Frosted Flakes television commercials for more than five decades. Ravenscroft was also known, however uncredited, as the vocalist for the song “You’re a Mean One, Mr. Grinch” from the classic Christmas television special, Dr. Seuss’ How the Grinch Stole Christmas! His voice acting career began in 1940 and lasted until his death in 2005 at age 91. (Source: Wikipedia; Thurl Ravenscroft.)

A clip of Tony jamming on the Monkeys TV program in which Kellogg’s was a sponsor.