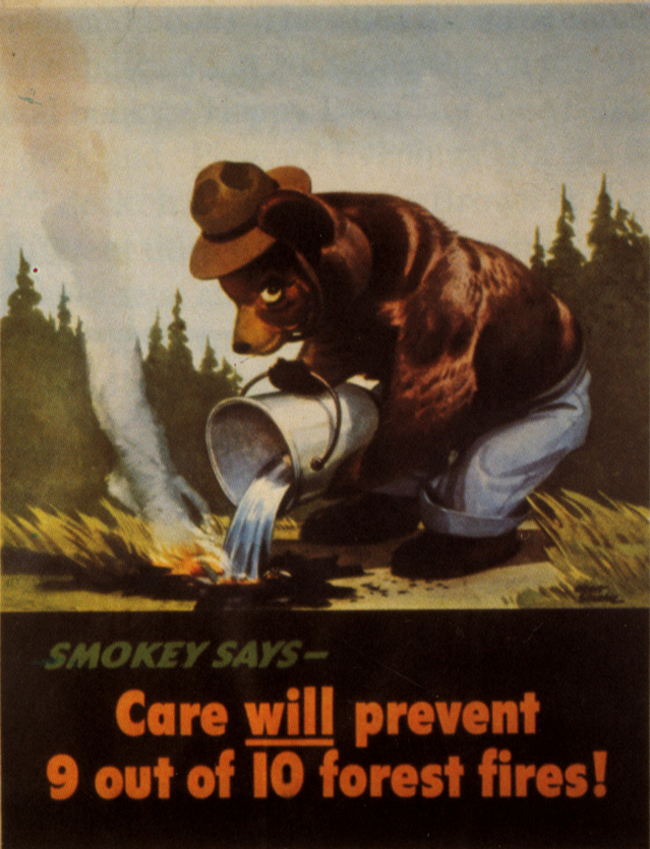 Smokey Bear often called Smokey the Bear or simply Smokey is a mascot of the United States Forest Service created to educate the public about the dangers of forest fires. Smokey’s debut poster was released on August 9, 1944, which is considered his anniversary date. Overseen by the Cooperative Forest Fire Prevention Campaign, the first poster was illustrated by Albert Staehle. In it Smokey was depicted wearing jeans and a campaign hat, pouring a bucket of water on a campfire. The message underneath reads, “Smokey says – Care will prevent 9 out of 10 forest fires!” Knickerbocker Bears gained the license to produce Smokey bear dolls in 1944. Also in 1944, Forest Service worker Rudy Wendelin became the full-time campaign artist; he was considered Smokey Bear’s “caretaker” until he retired in 1973. (source: Wikipedia: Smokey Bear)